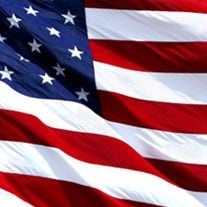 William Eldon Lambert, Sr. passed into the arms of Jesus on Wednesday, December 16, 2020 at MS Baptist Medical Center in Jackson. There will be a Graveside service with Military Honors on Saturday, December 19th at 11:00 a.m. at Lakewood Memorial Park at the pavilion. Eldon was born October 28, 1922 in Star, MS. He lived in Jackson before moving back to the Florence area 45 years ago and he was a member of Monterey Methodist Church. He worked for the USPS for 28 years before retiring. He loved to travel with his wife before her passing in 2007. He enjoyed reading and, when he was younger, he loved hunting and fishing. Eldon is preceded in death by his wife, Effie Jewel Lambert; his parents, Emmett Edward and Lanah Ellen Lambert; step-father, Herman McInturff; his brother, Emmett “Sonny” Lambert; and his sister, Lena Rae Patterson. He is survived by his sons, William “Bill” Lambert, Jr. (Leah) of Richland and James Michael Lambert (Kathy) of Killeen, TX; grandchildren, Maggie Lambert Jones (Chip) of Richland and Joshua Ryan Lambert (Allie) of Roundrock, TX; and great grandchildren, Braden Jones, Gavin Jones, Evelyn Lorraine Lambert, and Amelia Jewell Lambert. In lieu of flowers, the family request that memorials be made to The MIND Center at UMMC for Alzheimer’s research. (www.umc.edu)
To order memorial trees or send flowers to the family in memory of Mr. William Eldon Lambert Sr., please visit our flower store.