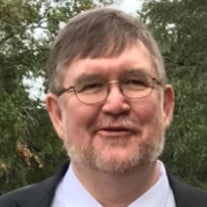 Navy Veteran Sidney H. Brumfield, 61, passed away peacefully at his Florence, Mississippi, home on Wednesday, February 10, 2021. Sid was a decorated veteran who received Navy and Armed Forces Expeditionary medals during his four-year enlistment. Sid was born on January 30, 1960, in McComb, Mississippi, to his parents Henry and Marilyn Brumfield. He attended Murrah High School and graduated from Marion Military Institute in 1979. When Sid was just 22-years-old he decided to join the Navy where he became an Ordnance Technician PO2 with Attack Squadron VA-34. A proud Navy vet, he was a weapons loading team leader and flight deck coordinator attached to the Carrier USS America. He also went to sea with the Carriers Saratoga and Eisenhower. Sid loved his time on the flight deck supporting 17 A6-E’s and KA6-D Attack Aircrafts where he received a letter of commendation from Commander Carrier Strike Group 4 and did three Transatlantic cruise destinations from the Arctic Circle to the Indian Ocean and most points in between. Sid spent his career as a Telecom Technician with DGNB/Regions Bank and retired after a 30-year career. Instructing newer techs in the Navy sparked his love for teaching which led to him teaching four semesters of night classes at Hinds Junior College while also working full time during the day. He had multiple workgroups in the Caribbean and the gulf with port calls from The Bahamas to Venezuela. He was a family man who loved and adored his family. He spent 39 years with the love of his life, Cindy, 38 of those years being married. Sid loved exploring the country with his wife and was very proud of their two children and six grandchildren of whom he loved dearly. Sid was predeceased by his father Henry M. Brumfield Jr., and his brother Tom Brumfield. He is survived by his wife of 38 years Cindy Brumfield, his mother Marilyn Brumfield, son Joe Brumfield (Lauren), daughter Ashley Jones (Chad), brother Henry Brumfield III, brother Doug Brumfield, and six grandchildren Camden, Alyvia, Addison, Amelia Claire, Cooper, and Wyatt. Honorary pallbearers include Henry Brumfield, Doug Brumfield, Chad Jones, Camden Geary, Andrew Allen, Danny Wallace, Stephen Geary, Jeff Hunter and Jason Bates. The family requests in lieu of flowers to do a good deed for someone in memory of Sid. There will be a celebration of life, casual attire, on Saturday, February 27 from 2 pm – 5pm at the Florence Community Center (437 S Church St, Florence, MS 39073).
To order memorial trees or send flowers to the family in memory of Mr. Sidney H. Brumfield, please visit our flower store.