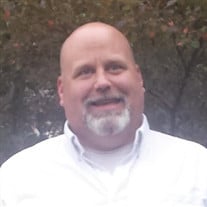 Scott Murphy Quinnelly, Sr, 39, passed away Thursday, August 22, 2019 at Merit Health River Oaks in Flowood. The Memorial Service will be held Saturday, August 31st at Chancellor Funeral Home in Florence, MS with visitation beginning at 10:00 a.m. Scott was born December 22, 1979 to Jerry and Patty Gibson Quinnelly in Meridian, MS. He has lived in Florence for the last 13 years, moving from Athens, AL where he attended Calhoun College, earning his degree in Criminal Justice. He served as a police officer in Athens for 6 years and with the Jackson Police Department for a year. He also worked and as an OTR Truck Driver with various companies. He loved fishing and spending time with his kids and nephews. Scott is preceded in death by his grandparents, Walter B. and Jessie Todd Wright of Meridian MS and grandmothers, Mary Alice Belongia and Irma “Dumpy” Benson, both of Meridian, MS. He is survived by his parents, Jerry and Patty Quinnelly of Florence; his children, Kayla, Scotty, Jr. and Cratin Quinnelly all of Corinth; brother, Wayne Quinnelly of Florence; nephews Ryan and Jax Quinnelly and numerous aunts, uncles and cousins. In lieu of flowers please make contributions to the American Cancer Society and the American Heart Association.
To order memorial trees or send flowers to the family in memory of Mr. Scott Murphy Quinnelly Sr., please visit our flower store.