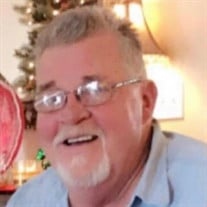 Mr. Samuel Anthony Maggio, Jr., 65, died Friday, June 26, 2020 at his home. Visitation will be 5 – 8 pm Monday, June 29, 2020 at Chancellor Funeral Home in Florence, MS and again Tuesday, June 30 from 9 am until the service at 10 am. Interment will be at 2 pm Tuesday, June 30 in Indianola Cemetery, Indianola, MS. Mr. Maggio was born and raised in New Orleans, LA, the son of Samuel Maggio, Sr. and Letrice Davenport Kesler, both who preceded him in death. His passions in life included his family and his music. He was a lifelong musician, primarily a drummer. Sam was a salesman at Premier Automotive Management Group. In 2008, he married Marsha Cobb and immediately embraced and loved her children as his own. At this time, he became “Paw Paw” to 11 grandchildren, a role he willingly accepted and adored. He was a generous man with a heart of gold and always seemed to be the biggest kid in the room. Sam had a larger than life personality. He was loved by all who had the privilege to know him. He is survived by his wife of 12 years, Marsha Cobb Maggio of Richland; three sons, Ward (Leigh Ann) Cobb of Meridian, Brent (Amanda) Cobb of Richland, and Jason (Lauren) Cobb of Madison; two sisters, Carol (Phil) Koine of Paulina, LA and Diane (Mike) Weiman of Chalmette, LA; eleven grandchildren: Trey Cobb, Garrett Cobb, Landon Cobb, Collin Watson, Helen Claire Cobb, Mary Braxton Cobb, Juliana Cobb, Makayla Chappell, Grayson Cobb, Ava Claire Chappell, and Cole Chappell; numerous nieces, nephews, other relatives and a host of friends.
To order memorial trees or send flowers to the family in memory of Mr. Samuel "Sam" Anthony Maggio, Jr., please visit our flower store.