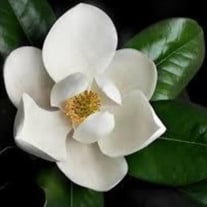 Ruby Velma Gipson, 88, passed into the arms of Jesus on Sunday, January 24, 2021 at her home in Richland. Chancellor Funeral Home is assisting the family with arrangements. Mrs. Gipson was born September 9, 1932 in Hinds County, MS to the late Henry and Edna Wade. She was a member of First Baptist Church in Terry. She served as a homemaker to her family whom she adored. She was a devoted wife, as well as a loving mother, grandmother, great grandmother, and great-great grandmother. Along with her parents, she is also preceded in death by her husband of 51 years, Spivey Gipson and her brother, Marvin Wade. She is survived by her sons, Mike (Lynn) Gipson of Richland and Gene (Vada) Gipson of Terry; brother, Henry Wade, Jr.; sister, Myra Morris; 7 grandchildren; 18 great grandchildren; and several great-great grandchildren.
To order memorial trees or send flowers to the family in memory of Mrs. Ruby Velma Gipson, please visit our flower store.