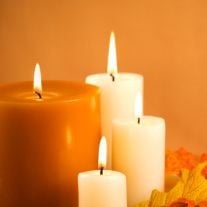 Mr. Rodger Clayton Walker, 69, passed away on Friday, October 22, 2021 at his home in Florence, MS. There will be a visitation on Monday, October 25, 2021 from 5:00 PM until 8:00 PM. Another visitation will be held on Tuesday, October 26, 2021 at 10:00 AM; this visitation will be followed by a funeral service at 11:00 AM. These services will be held at Chancellor Funeral Home in Florence, MS. Interment will be at Clear Branch Cemetery in Florence, MS. Mr. Walker, “Big Rog,” was born in Hazlehurst, MS and spent his childhood in Houston, TX before moving to Florence, MS in 1966 as a teenager. He spent the rest of his life as a resident of the Clear Branch Community in Florence. He played right tackle for the Florence High School Eagles and graduated from there in 1971. He continued to be a huge football fan for the rest of his life. Rodger drove a truck for Consolidated Freight for twenty-three years. During his career he received multiple Million Mile Safety Awards and was a member and officer of the Teamsters Union. His heart was his family especially his daughter and three grandchildren. Mr. Walker was preceded in death by his maternal grandparents, Lillie Crain McDonald and Drewey Brown McDonald; paternal grandmother, Mae Belle Walker; his parents, Robert Clayton Walker and Sybil Virginia McDonald Walker; uncles, DB McDonald, Herbert Berryhill, Seth Ball, James McDonald, Ray McDonald, Bob Hensley; aunts, Velma Berryhill, and Katherine Hensley. Those left to cherish his memories include: his daughter, Amanda Nicole Walker Hall and son in law Ryan Hall of Florence; grandchildren, Aiden Hall, Casey Bulman, Zoey Hall; Mother of his child, Dee Ann Zimmer of Muphysboro, IL; Uncle, Billy (Monte) McDonald of Crystal Springs, MS; Aunts, Joyce McDonald of Florence, Helga McDonald of Florence, Barbara Ball of Terry, and a host of nieces and nephews.
To order memorial trees or send flowers to the family in memory of Mr. Rodger Clayton Walker, please visit our flower store.