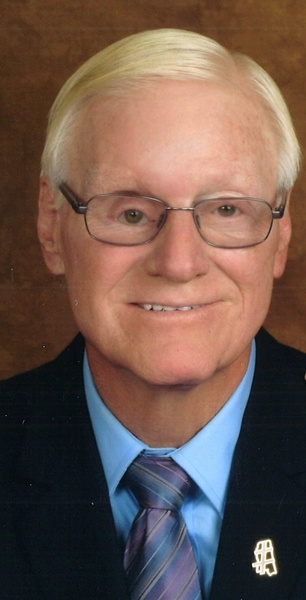 Robert David Martin passed away peacefully late Thursday night, July 28, 2022, at his home in Pocahontas, MS, surrounded by family.  After his heroic 6 ½ year battle with cancer, he went to be with his heavenly Father.

Robert, the youngest of three children, was born on June 29, 1946, to Woodrow and Allene Martin of Clark County, Quitman, MS.  On July 9, 1967, Robert married his high school sweetheart, Judith Johnson, and recently celebrated their 55thwedding anniversary.

His extensive education began with his graduation from Heidelberg High School in 1964.  He attended Jones JuniorCollege (Associates Degree), the University of Southern Mississippi, and the Commonwealth College of Science(Mortuary Science Degree) in Houston, TX and Mississippi College (Accounting Degree).

Robert was known for his impeccable work ethic which began at the early age of six.  He was a hardworking dishwasher at his family’s restaurant.  As a teenager, he progressed to managing the service station, meat market, and grocery store. He later was the sales representative for Bland Casket Company and managed several Baldwin Funeral Homes in the Jackson area after completing his mortuary degree.

In 1982, he was elected to the office of Hinds County Coroner.  He maintained this profession for 20 years during which time he was instrumental in the re-writing and passing of laws to increase the standards necessary to hold the position of Death Investigator.  He studied under the Coroner of London, England, and at the Smithsonian Institute where his knowledge on the human skeletal system was enhanced.  He also excelled in the investigation of fire related deaths.  While serving as Coroner, Robert was appointed as Deputy Sheriff by J.D. McAdory.  It was during this time, that Robert gained his reputation of working part-time, anytime, and all the time.

In 1976, Robert was accepted into the Blue Lodge Masonic Order and became very active in all entities of the Masonic Order.  He was a Past Master of Leavell Woods Lodge and Capital Lodge.  He was also the Worthy Patron of LeavellWoods Order of the Eastern Star. He was the Personal Representative of the Jackson Valley of the Scottish Rite, where he was also Director of Work and had served in many of the degrees.  In 1995, he was the youngest person to receive the honored 33rd degree.  He was also a member of the WahabiShriners and performed as a Ritualist on the Ceremonial Divan for over 30 years.  In December 2021, he was elected as Master of Mt. Salus Lodge in Clinton, MS.  His love and devotion for Masonic Order continued throughout his lifetime.

In 1997, Robert and Judith purchased Doric Vault Company on Highway 49 North and added the Capital City Crematorium.  He continued to teach Mortuary Science at Holmes Junior College for several years, while simultaneously leading Doric to become a renowned business. Robert was heavily involved in several work ventures until the trips to M.D. Anderson became too time-consuming.

Robert enjoyed several retirements through the years. However,health issues necessitated a complete shift of his focus fromwork to full retirement in 2018. Robert and Judith took many traveling adventures including cruises, motorcycle rides, snow skiing, and snowmobiling. They visited all 50 states and many countries. Robert loved taking Judith and their dogs, Macy, Max, and Chester for rides in his 1970 442 Oldsmobile.  He enjoyed driving tractors on their horse farm, building arenas and making improvements for the kids who participated in the equine activities.

Robert was one of those rare individuals who lived life to the fullest, recognizing many blessings and – in his own words – “he would not change anything”.  He was quick to give God the glory for his many accomplishments. One of many scriptures close to Robert’s heart was Isaiah 40:29 - He gives power to the weak, and to those who have no might, He increases strength.  God will supply all of my needs according to His riches in Glory.

He leaves behind his beloved wife, Judith; his sister, Carol Landrum of Mobile, AL; his sister-in-law, Debby Gooch of Flora, MS; his brother-in-laws, Bobby Johnson, Mike Johnson and Darrell Johnson of Laurel, MS and Joe Johnson of Nashville, TN, along with many nieces and nephews.  He was preceded in death by his parents and brother, Woodrow “Woody” Martin.

Family and friends are invited to the visitation at Chancellor Funeral Home in Byram, MS on Sunday, July 31, 2022, from 4 p.m. to 7 p.m.  Visitation will also be held at Pocahontas Baptist Church at 10 a.m., with the funeral services to follow at 11 a.m.

In lieu of flowers, memorial contributions can be made to:

The Shriner’s Hospital for Children (https://donate.lovetotherescue.org/give/)