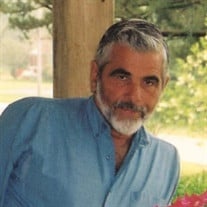 Robert Lyndle Johnson, 74, of Crystal Springs, MS, passed away at his home on Jan. 30, 2021, surrounded by his loving family. Funeral services were held at First Baptist Church on Feb. 2 with burial at the Old Crystal Springs Cemetery. Chancellor Funeral Home in Byram, MS, handled arrangements. Robert was born in Tylertown, MS on June 11, 1946. Early in his married life, he served as a policeman for the City of Jackson, MS. After leaving law enforcement, he became a truck driver and was able to see most of the United States and Canada from the seat of his big rig. After years of being on the road, he sold his big rig and began working for the United States postal service from where he eventually retired. He was an avid hunter, fisherman, and a farmer. He was a former member of McDowell Road Baptist Church in Jackson, MS and a current member of First Baptist Church of Crystal Springs, MS. He is preceded in death by his father, Acie Johnson and brother, Glenwood Johnson, both of Tylertown. Survivors include his wife of fifty years, Linda Johnson, of Crystal Springs; son, Scott (Leigh) Johnson of Crystal Springs; daughter, Angela (Wes) Arrington of Sumrall; grandchildren, Lauren Johnson (Tyler) McLeod and Preston Johnson of Crystal Springs; Alysha Arrington of Las Vegas, NV; Sarah Grace Arrington of Sumrall; Amber Arrington (Lance) Putnam of Greenwood, SC; Andrew (Amanda) Arrington of Huntsville, AL; great-grandchildren. Eli Bearden & Landen Putnam of Greenwood, SC; Lainey Ross of Huntsville, AL; mother, Liberty Johnson of Tylertown, MS; brother, Ken Johnson of Tylertown, MS; sister-in law, Melissa Johnson Beach of Tylertown; and a host of nieces and nephews.
To order memorial trees or send flowers to the family in memory of Mr. Robert Lyndle Johnson, please visit our flower store.