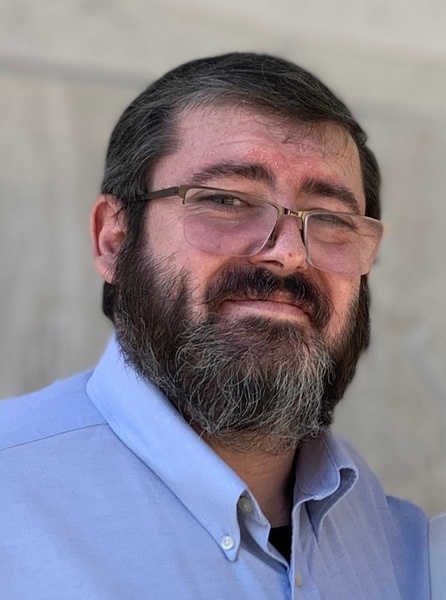 Robert “Adam” Hubble was an amazing husband, son, brother, uncle, in-law, father to two spoiled cats and best of all friend. He left this world fighting to his last breath (some would say in his own time) on July 15, 2022 at the age of 39. He was surrounded by people who loved him.

Adam worked for the MS Development Authority as an analyst and program developer. His co-workers were extended family who loved and supported him always. Adam probably worried about who was going to take over his office water cooler scheme when he left.

Activities that gave Adam the most joy were his “dorktivities”, watching tv and movies, playing video games and being silly. He may have shown the world his “tut tut, looks like rain” side, but he always got the most pleasure out of making his wife, family and friends laugh. He is much loved and will be missed greatly.

He is survived by his wife Krissie Hubble of Brandon; parents, Bryan Patrick Hubble and Donna Hubble of Newcastle, England; sister, Megan Jackson and husband, Liam of Newcastle, England; brothers, Daniel Hubble of New Castle, England and Christopher Hubble and wife Hayley of Ireland; mother and father in law, Linda and Delbert Hill of Jackson, MS, sister in law Jennifer McDaniel and husband William of Harrisville, MS, brother in law, Delbert Hill III and wife Tiffany of Florence, MS and  4 nieces and 3 nephews.

The family will receive friends for visitation on Saturday, July 23rd from 1:00- 3:00 p.m. Memorial Service at Chancellor Funeral Home in Florence.

To order memorial trees or send flowers to the family in memory of Adam Hubble, please visit our flower store.