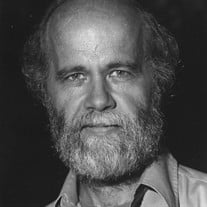 Robert Finley, 87, passed away Saturday, June 8, 2019 at his home surrounded by his loving family. Funeral services are 11am Monday, June 10, 2019 in the chapel at Chancellor Funeral Home in Byram with burial following in the Cayuga Cemetery in Utica. “Dr. Finley” as he was lovingly called, was born in Byram, Ms to John and Annie Mae Luster Finley in 1932. He spent his childhood in rural Byram and New Orleans. The Korean War interrupted his childhood dreams and sent him to Korea and Japan where he was witness to cultures and ways of being he had never imagined. After his military service and ten years of college he discovered the joy of writing and the allure of Asian philosophies, which he practiced and studied for the rest of his life. He enjoyed writing and said that in the 30 years it took to write, the books taught him great lessons in life, the biggest was that he was not translating the books but the books were translating him. Dr. Finley was a graduate of Mississippi State University with a Doctorate in Education and worked as a Counselor at the Veteran's Center. Dr. Finley was of the Methodist faith. He was preceded in death by his parents, and also his brothers; James A. Finley and Will A. Finley. He leaves behind his devoted wife of 29 years; Hun Finley of Raymond and a host of friends.
To order memorial trees or send flowers to the family in memory of Dr. Robert Douglas Finley, please visit our flower store.