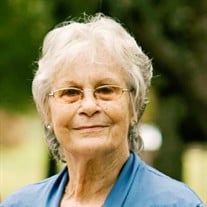 Pinkie Lois Cochran Pace, 82, of Florence passed away peacefully at home, with family by her side on September 14, 2021. Visitation will be at 11:00, with services following at 12:00 on Saturday, September 25, 2021 at Chancellor Funeral Home in Florence. Pinkie was born on March 11, 1939 to the late Curtis and Inez Cochran in Harrisville Mississippi, Pinkie along with some of her brothers and sisters spent most of their childhood in orphanages, including almost five years in the Louisiana Baptist Children’s Home in Monroe. She spoke often about her days as a child and credits a lifetime of family’s closeness to their time spent there. Pinkie had a deep faith in Jesus Christ and always had a smile and positive encouragement for anyone around her. Although she was very easy going, Pinkie had a sharp wittiness and wonderful sense of humor which allowed her to make many lifelong friends along her life’s journey. It’s no secret Pinkie had a love for both history and collecting antiques and this quickly became evident to anyone who struck up a conversation on either subject. Above all, she was known for having a very kind heart and always putting others before herself. It was this kindness and passion that not only inspired her, but motivated Pinkie to pursue her LPN nursing degree later in life where she was able to love and care for so many people. Pinkie was preceded in death by her brothers, Glynn Allen Cochran, Frank Ed Cochran, John Nollie Cochran, and sister, Mary Jo Bridgers. Pinkie is survived by her sons, John Archie Wright III (Joyce) of Madison Ms, Bret Wright (Alex) of Florence Ms, Quinn Wright (Lee) of Goldsboro NC; daughter, Jodi Bomar (Robert) of Florence Ms, and a step daughter Cyndi Fearon (Keith) of Panama; brother Curtis Cochran (Celia); sister, Dorothy Singletary;10 grandchildren, 13 great grandchildren and a multitude of nieces and nephews. In lieu of flowers or other memorials, the family asks that donations be sent to St Judes Children’sHospital, in memory of her great nephew Ian Cochran.
To order memorial trees or send flowers to the family in memory of Mrs Pinkie Lois Cochran Pace, please visit our flower store.