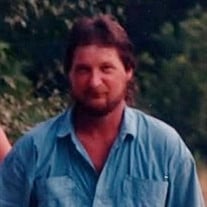 Michael “Mike” Thomas Walters passed into the arms of Jesus on Wednesday, December 15, 2021 at University of MS Medical Center in Jackson. He was 67 years old. The family will receive friends for visitation on Thursday, December 16th from 12:00 p.m. until the 2:00 p.m. Funeral Service at Chancellor Funeral Home in Florence. Burial will follow at Palestine Cemetery in the Old Pearl community. Mike was born July 2, 1954 in Jackson, MS to the late Rufus and Joyce Walters in Jackson, MS. He had a long career in construction, finishing drywall. He loved his family and fishing. He enjoyed riding the backroads with his brother-in-law, Gene and smoking cigarettes. Along with his parents, he is also preceded in death by his brothers, Billy Walters and Bobby Walters; sisters, Betty Jennings and Anita Cooley; and by his son, Michael Walters, Jr. He is survived by his wife, Anita Walters; sisters, Deborah (Gene) Clark of Harrisville and Tammy (Wayne) Copeland of Harrisville; sons, Daniel, David, and Joey Walters; one grandchild; and numerous nieces and nephews.
To order memorial trees or send flowers to the family in memory of Mr. Michael "Mike" Thomas Walters, please visit our flower store.