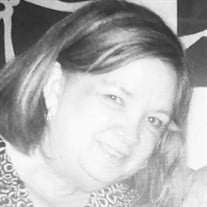 Martha Glaze Weeks, formerly of Pineville, presently of Hattiesburg, passed into the arms of Jesus on Tuesday, March 8, 2022 in Hattiesburg. She was 69 years old. The family will receive friends for visitation on Saturday, March 12th from 5:00 – 8:00 p.m. at Chancellor Funeral Home in Florence. There will be a Graveside Service on Sunday, March 13th at 2:00 p.m. at Goodwater Baptist Church Cemetery in Forest, MS. Martha was born April 4, 1952 in Bastrop, LA to Troy and Betty Glaze. She grew up in Forest, MS and attended Forest High School, graduating class of 1970. Following that, she attended Delta State and graduated in 1974. She married Ronnie Weeks and together they lived in Clinton, where they raised their daughters, before moving back to Pineville 17 years ago. During her life, she worked as a Premium Auditor with Liberty Mutual. Along with her parents, Martha is also preceded in death by her husband of 35 years, Ronnie Weeks. She is survived by her daughters, Mandy (Prentiss) Newman of Sumrall and Marti (Lee) Franks of Caledonia; brother, Mike (Lynda) Glaze of Forest; sister, Nan (Wayne) Culliver of Pineville; and her grandchildren, Caroline Newman, Marlee Kate Franks, Cole Franks and Merritt Newman. She also leaves behind numerous niece and nephews and other extended family members.
To order memorial trees or send flowers to the family in memory of Mrs. Martha Glaze Weeks, please visit our flower store.