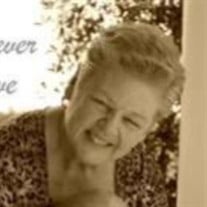 Marcia Belinda Gilstrap, 70, passed away on Saturday, January 01, 2022 at her home in Newton, MS. A celebration of her life will be held at Hillcrest Baptist Church in Byram, MS on Sunday, January 09, 2022 from 2:00 p.m. until the hour of the service at 3:00 p.m. A resident of Newton for the past 10 years, Belinda was born in Jackson, MS on April 10, 1951 to John Harris and Melba Watkins Harris. A graduate of Forest Hill High School, she was employed as an administrative assistant in various industries before her retirement in 2014. Belinda and her husband, “Bubba” were married on May 19, 1974 at the Van Winkle United Methodist Church in Jackson.. In 1985, she followed her husband as he surrendered to Ministry . She was a member of Calvary Baptist Church, in Newton, where her husband had pastored. Belinda was devoted to her husband, brothers, and family. Along with her parents, she was preceded in death by her husband, Rev. Ronald “Bubba” Gilstrap and her brothers, John and David. She is survived by her brother, Bill Harris of Georgetown, TX and numerous nieces, nephews, family, and many spiritual children.
To order memorial trees or send flowers to the family in memory of Mrs. Marcia Belinda Gilstrap, please visit our flower store.