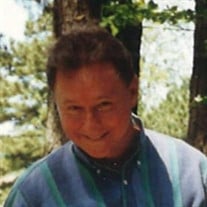 Larry Gene Leonberger, of Florence, passed away Sunday, May 29, 2022, at his home. He was 61 years old. Larry was born July 25, 1960, to Billy Roy and Nellie Leonberger in St. Louis, MO. He was a graduate of Florence High School and later retired from Sanderson's Farm as the National Sales Director. Along with his father, Billy Roy Leonberger, Larry is also preceded in death by his sisters, Linda Henderson and Debbie Martin. He is survived by his mother, Nellie Leonberger; brothers, Billy Leon Berger (Mary) and Jimmy Leonberger (Ora); as well as numerous nieces and nephews and other extended family members and many friends.

To order memorial trees or send flowers to the family in memory of Mr. Larry Gene Leonberger, please visit our flower store.