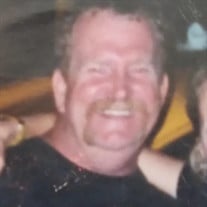 Larry James Fowler, Sr., 58, passed away on Thursday, November 04, 2021. A graveside service will be held at Terry Cemetery at 2:00 p.m. on Thursday, November 18, 2021. A long-time resident of Jackson, Larry was born in Yazoo City, MS on April 16, 1963 to Lee Fowler and Bobbie Powell Fowler. He was previously employed as a mechanic. He is survived by his wife, Cindy Ingram; son, Larry James Fowler, Jr. of Pearl; daughters, Teresa Fowler and Natalie Fowler, both of Jackson; Step-daughter, Natalie Ingram of Jackson; sister, Cindy Bernard of Mendenhall; and grandchildren, Lexie Fowler of Jackson, Zoe Bodka of Brandon, Christopher Terry of Brandon, and Lavayia Ingram of Jackson.
To order memorial trees or send flowers to the family in memory of Mr. Larry James Fowler, please visit our flower store.