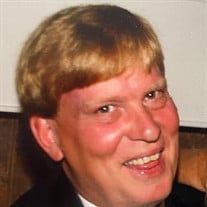 Obituary Ken Townsend, 59, of Florence, passed away at his home on Monday, October 25, 2021. Visitation will be Wednesday, October 27th from 5:00 p.m. – 7:00 p.m. and again on Thursday, October 28 from 10:00 a.m. – 11:00 a.m. with service beginning at 11:00 a.m. at First Baptist Church in Florence. Interment will be held at Florence Cemetery. Ken was born on December 12, 1961 to Claude Townsend and Clara Louise Gideon. He was a lifelong resident of Florence and attended Hickory Ridge Baptist Church. Ken was a contractor by trade and took a lot of pride in his work. His hobbies included restoring his Trans Am and ski boat. He was a big NASCAR fan and enjoyed watching and attending races. He loved his family, especially his grandchildren. He was known for his sense of humor and was always the life of the party. He enjoyed taking his Trans Am on the Bandit Run cross country car show with other Trans Am enthusiasts from all over the country. Ken was always willing to use his building skills to help others and was often called the “House Doctor” because so many called on him for building advice. Ken is preceded in death by parents, Claude and Louise Townsend. He is survived by his wife, Chris Townsend of Florence; Son, Gray Townsend of Florence; Daughter, Maggie Townsend of Birmingham, AL; Step-Sons, Nathan (Caroline) Philips of Eupora, MS and Mitchell Phillips of Brandon; Grandchildren, Reilly and Baker Townsend, Emma, Barrett and Amet Phillips; Brother, Keith (Connie) Townsend of Mize; Sisters, Debbie (Gavin) Lott of Florence, Tesa (Herman) Duckworth of Magee and Claudia (Bruce) Steele of Florence; and numerous nieces, nephews and great nieces and nephews. In lieu of flowers you may send a memorial gift in memory of Ken to The Team Gleason Foundation, which improves the life for people living with ALS.
To order memorial trees or send flowers to the family in memory of Mr. Kenneth Ray Townsend, please visit our flower store.