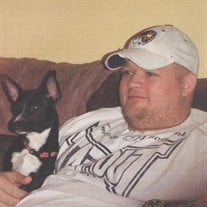 Justin Maxwell Shepherd, 35, passed away on Tuesday, July 27, 2021 at his home in Ridgeland, MS. Visitation will be Friday, July 30, 2021 at Chancellor Funeral Home in Byram, MS from 10:00 a.m. until the hour of the service at 11:00 a.m. Justin was born on September 08, 1985 in Jackson, MS to Glenn Shepherd and Debra Webb Shepherd. A resident of Ridgeland, MS for the past two years, he spent most of his life in Byram, MS. He graduated from Hillcrest Christian School in 2004 and was employed in security at Vortex Aerospace. He was an avid LSU fan. Along with his mother, he was preceded in death by his grandparents, James Maxwell and Daphne Shepherd. He is survived by his father, Max Shepherd and step-mother, Frances Shepherd of Byram; sister, Ashley Martin of Jackson, Julie Jones of Crystal Springs, and Jennifer Barnidge of Pearl; brothers, James Martin of Florence, Leslie Gann of Louisiana, and Roman Turnage of Knoxville, TN; and aunt, Tracy (Bill) Campbell of Gallman.
To order memorial trees or send flowers to the family in memory of Mr. Justin Maxwell Shepherd, please visit our flower store.