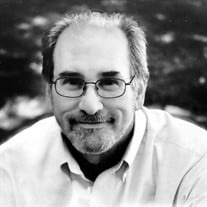 John Lyndon Davis, 64, passed away on Tuesday, January 25, 2022. Visitation will be Thursday, January 27, 2022 at Chancellor Funeral Home in Florence, MS from 9:30 a.m. until the hour of the service at 11:00 a.m. Interment will follow in the Garden of Memories. Born in Jackson, MS on June 30, 1957, Lyndon had been a resident of Terry for the past 23 years. He was employed with Saks Inc. for 20 years and then with St. Dominic for three years as a purchasing agent. His life centered around his wife of 23 years, Renee King Davis and his son, Kevin. Along with his wife, Renee and son, Kevin Rakestraw, he is survived by his father, John H. Davis of Terry; brother, Larry (Pat) Davis of Florence; sister, Janet (Larry) Foster of Terry; one niece; two nephews; three great-nieces; and two great-nephews. He was preceded in death by his mother, Lanelle Davis.
To order memorial trees or send flowers to the family in memory of Mr. John Lyndon Davis, please visit our flower store.