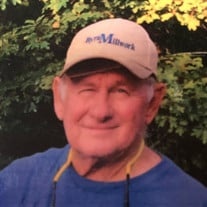 Mr. Jimmy Don Hollingsworth passed into the arms of Jesus on Monday, January 10, 2022 at his home in Florence. He was 82 years old. Visitation will be held at Chancellor Funeral Home in Florence on Friday, January 14, 2022 from 4:00 – 7:00pm. Mr. Don Hollingsworth was born April 8, 1939 to Hoye C. and Lena Shepherd Hollingsworth in Jasper County Mississippi. Don grew up in Jackson and attended Forest Hill High school until 1955 then transferred to Florence High School in 1956. While at Florence, he played Center on the football team and helped the team secure the Little Dixie Championship. During his senior year he served as Class President, graduating in 1958. Don started working at Contract Battery Company in Florence as one of the first supervisors. He later went on to successfully run H & H Battery company, a company that his father started and he took over when his father retired. He was self employed the majority of his life and retired from his Machine Shop business at 67. He loved growing tomatoes in his greenhouse and selling them to the members of the Florence and Clear Branch communities. He was considered a jack of all trades, master of none but could fix anything mechanical. Don loved the outdoors and was an avid hunter and fisherman. His latter years were spent fishing in south Louisiana where he was considered a master fisherman. He had many hobbies including photography, painting, coaching Little League Baseball, restoring old cars and inventing. He held the original patent on the “Pod” used for bow hunting. He was a great story teller and even wrote a book in his later years. His creativity was imaginative and abundant. He served as President of the Mississippi Street Rod Association as well as President of the Jaycees of Florence. Don was a kind, caring man who would help anyone he could. He was a loyal husband, supportive, amazing father and was a member of Cleary Baptist Church for many years. Don never met a stranger and had a multitude of friends from all walks of life. He will be greatly missed. Mr. Hollingsworth is preceded in death by his parents. Survivors include his wife of 62 years, Mary Alice Hollingsworth of Florence; daughter, Cynthia Kay Hollingsworth of Florence; son, Jason Devon Hollingsworth of Florence; grandson, Russell Payton Hollingsworth of Florence; brother, Bennie Joe Hollingsworth of Pearl; sister-in-law, Sylvia Hohmann, brother-in-law Mike Russell; and a number of nieces and nephews. Online guestbook may be signed at www.chancellorfuneralhome.com.
To order memorial trees or send flowers to the family in memory of Mr. Jimmy Don Hollingsworth, please visit our flower store.