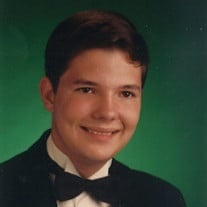 James Leland Newman, 44, passed away on Wednesday, June 30, 2021 at his home in Baton Rouge, LA. A graveside service will be held at 10:30 a.m. on Tuesday, July 06, 2021 at Galilee Baptist Church Cemetery in Rockport, MS. Growing up in Slidell, LA, James was born in Jackson, MS on September 20, 1976 to Leland Newman and Cordelia Beasley Newman. During high school, he was a member of JROTC, serving as an officer. His interest in the military continued into adulthood through modelbuilding of military ships and planes. After graduation, he attended LSU and was employed as a field engineer with Bancsource. James was a history buff and a fan of Star Wars and Star Trek. He was very knowledgeable about computers and enjoyed building them. Mr. Newman was a member of Oak Forest Baptist Church in Jackson, MS. Along with his father, he is preceded in death by his maternal grandparents, Jim and Monteil Beasley and grandmother, Lora Lee Newman. He is survived by his mother, Cordelia Newman of Byram; sister, Kimberly Nicole McCandless (John) of Mobile, AL; and nieces and nephews, John McCandless Jr., Lauren McCandless, and Tyler James “TJ” McCandless.
To order memorial trees or send flowers to the family in memory of Mr. James Leland Newman, please visit our flower store.