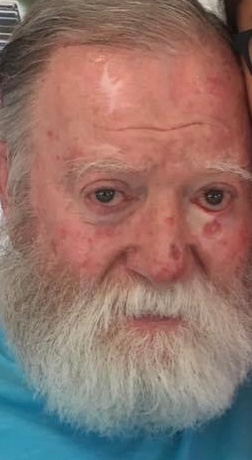 It is with great sadness that we announce the passing of James H. Ferguson (Paw). He was born March 9, 1936, in Cedartown, GA, and called to our Savior, Jesus, on July 12, 2022, at 86 years of age. The family will receive friends on Saturday, July 23rd from 10:00 a.m. until the 11:00 a.m. Funeral Service all at Chancellor Funeral Home in Florence, MS. He will be laid to rest at Glenwood Memorial Park in Richland, MS following his service.

He was a truck driver for an extended period of his time and was proud he had retired from Teamsters after his time in the military. His life stands as a testimony to the grace of God and living his days with his family. James was a man of strong faith who loved and cherished the Lord and shared testimonials of childhood and life with anyone.

James has returned home to join his parents Henry Harold Ferguson & Maggie Dowdy Ferguson; his devoted sons Robert C. Ferguson (Bobby) and Jeffrey C. Ferguson, and his wife Doris Mae Ferguson. He is survived by his grandchildren: Michelle Ferguson-Bohling (Charles Eric), his favorite and devoted granddaughter who never left his side, Rachel Brisco (Jereme), Brenda Ferguson, and his grandson Ryan Swain (Christy). His great-grandchildren he loved endlessly: Bryce & Liliana Brisco, Brandon & Brodie Hendrawan. We also like to thank the wonderful staff at Brookdale Hollywood Park, Assisted Living for caring for James like he was their own.

To order memorial trees or send flowers to the family in memory of James Harold Ferguson, please visit our flower store.