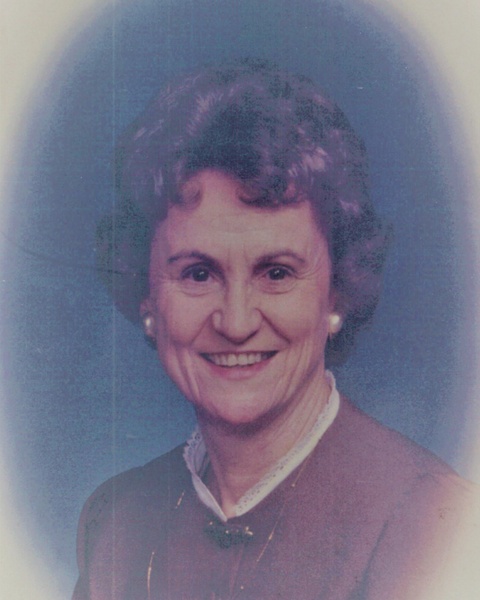 Honor Mae Hobby Tingle passed into the arms of Jesus on Tuesday, September 29, 2022 at Wisteria Gardens in Pearl

Honor's 97 years overflowed with blessings and many accomplishments due to her devotion to her Lord, her love of family, and a passion for learning.

These values were nurtured early by her parents, Lura and Lester Hobby, as she and her brother and two sisters grew up on the family farm in rural Neshoba County. Her family was active in the church centered communities of Hope and Blackjack.

Honor's formal education began at Zephyr Hill High School where she attended first thru twelfth grades graduating, valedictorian, in 1942. It was in the third grade at Zephyr Hill she met her lifelong sweetheart, R C Tingle.

Following high school graduation, Honor attended Draughons Business College. In the mid-1960s she earned a BS degree from Mississippi College and a master’s in business education a few years later. Her other learning ventures includes earning a certification from Fritz Marinello School of Cosmetology and training at the Benz School of Floral Design at Texas A&M.

Honor also emerged herself in Biblical studies offered by churches of various denominations, as well as numerous study tours of all nations of The Holy Lands.

Her varied training and education lead to clerical and office management

with the Mississippi Highway Patrol (in uniform) and later as the Assistant to the Director of Public Safety in Criminal Investigation.

Among her other interest, Honor was accomplished in styling hair, floral arranging, oil media still life painting, sewing, and singing in her church choirs.r married R C Tingle in 1947 and they made Jackson, Mississippi their home, but frequently visited Philadelphia where R C's parents, Etna and Fletcher Tingle, Sr. resided.

Through their 36 years of marriage Honor and RC served as members in several Baptist churches in the greater Jackson area. Among them are: Midway, Parkway, and West Jackson. They also enjoyed the North Calvary Baptist Church family during their brief residence in Philadelphia, Mississippi. When Honor was widowed in 1983, she made First Baptist Jackson her church home and was active in their senior adult ministry and the choirs ...taking part in numerous "Carols By Candlelight" programs.

For the past 5 years Wisteria Gardens Skill Care Center in Pearl, Mississippi has been Honor's home. She has battled memory difficulties and arthritis but has responded well with the care and attention received there.

Living almost a century has a major disadvantage because it is very likely to outlive most of one's close friends and family. This is what Honor experienced.

Preceding Honor in death are almost all members of her precious, immediate family: her beloved husband, R C Tingle, her parents, Lura and

She is survived by her daughter, Paula Tingle Snell (Winter Park, FL), sister­ in-law, Betty Sue Sims Tingle (Decatur, MS), and many very special nieces and nephews whose encouragement and prayers have been invaluable to Honor and her daughter during the past several years.

In lieu of flowers, it is requested that a contribution be made to the adult senior ministry or senior adult programs offered by the church of your choice.

The family will receive friends for visitation on Friday, September 30, 2022, from 10:00 -11:00 a.m. with the funeral service beginning at 11:00 a.m. in the chapel of Chancellor Funeral Home in Florence. She will be laid to rest at Lakewood Memorial Park in Jackson.

To order memorial trees or send flowers to the family in memory of Honor Mae Tingle, please visit our flower store.