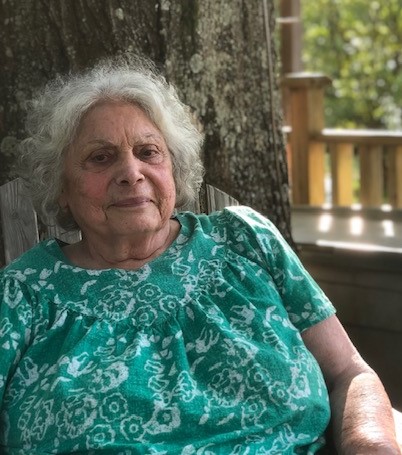 Grace was born in West Virginia on April 10, 1937. Her family later moved to Phoenix, Arizona, where she met the love of her life, Jerry Witherington.  They were married in October of 1955.  After they married, they had three boys: Michael, Troy and Mark.  While living in Arizona, they had many adventures including exploring deserts, fishing, and camping.  In 1969 they started a new adventure and moved their family to Mississippi to raise appaloosa horses and farm cattle. They settled in Terry, where they have lived ever since.

Grace had many hobbies including reading, gardening, traveling, knitting, and crocheting.  She shared her love of knitting and crocheting by making afghans for all of her children and grandchildren.  She also enjoyed photographing her beautiful flower gardens to share with her family.  Most of all, Grace loved the outdoors and spent a lot of her time birdwatching and going on nature walks.  Some of her favorite places to explore were Sedona, the Grand Canyon, the White Mountains in Arizona, and the Gulf of Mexico beaches in Alabama and Florida.  She never passed up an opportunity to take a road trip anywhere she could and often brought along one of her grandchildren to share in the experience.  One of her most memorable trips was driving the ALCAN Highway with Jerry in Alaska.

Grace loved the Lord with all her heart and was a faithful member of First Baptist Church of Terry.  She made sure that all her children and grandchildren were raised knowing about God and eternal salvation through our Lord and Savior, Jesus Christ.  She also prayed for each and every one of them without ceasing.  Her strength, patience, kindness, and unconditional love were admired by all who knew her. She was truly the epitome of her name, Grace.

Online guestbook may be signed at chancellorfuneralhome.com.

To order memorial trees or send flowers to the family in memory of Grace Ann Witherington, please visit our flower store.