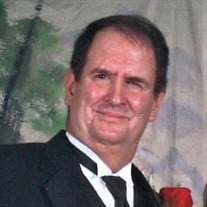 Frank Gilbert Wright, 66, passed away on Tuesday, October 06, 2020 at St. Dominic Hospital in Jackson, MS. Visitation will be Saturday, October 10, 2020 from 10:00 a.m. until the hour of the memorial service at 12:00 p.m. at Chancellor Funeral Home in Byram, MS. Mr. Gilbert was born to Rex Wright and Betty Davis Wright on May 14, 1954 in Jackson, MS. A resident of Byram for the past 21 years, he was employed at MS Valley Gas/Atmos for 15 years as a service tech before his retirement. He also served in the US Army. In his spare time, Gilbert enjoyed hunting and fishing, playing golf, and watching baseball and football. Along with his parents, he is preceded in death by his brother, Stan Wright and nephew, Tully Wright. He is survived by his wife, Suzanne Wright; daughter, Brittany Wright of Pearl; son, Aubrey Finklea and wife Kasey of Brandon; grandchildren, Blake and Micca; great-grandson, Kylan; sister, Cheryl Yelverton and husband, Jerry of Illinois; and several nieces and nephews.
To order memorial trees or send flowers to the family in memory of Mr. Gilbert Wright, please visit our flower store.