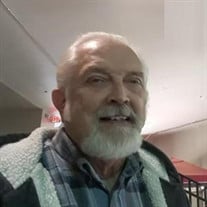 Eugene “Gene” Bayne Harris, Jr. passed away Friday, November 5, 2021 at Baptist Hospital in Jackson. He was 70 years old. There will be a Memorial Service on Saturday, November 13th at Chancellor Funeral Home in Florence at 2:00 p.m. Gene was born December 27, 1950 to the late Eugene and Betty Harris in Kansas City, MO where he lived until moving to Florence, MS in 1991. He worked as an electrical Engineer with Taylor Power Systems for many years, until his health no longer allowed him to work. He was an avid Muscle Car Enthusiast who loved attending car shows and Cruzin’ the Coast any chance he could. Along with his parents, Gene is also preceded in death by his sister, Caroline Anderson. He is survived by his wife of just shy of 31 years, Wilma Harris of Florence; children, Sven Slade, Michael Slade, Jai Vargas, Frankie Vargas, Niccol’s Vargas; grandchildren, Tai Vargas, Stone Slade, Mia Vargas, and Slade Vargas; brother, David Harris; and sister, Diane Stines.
To order memorial trees or send flowers to the family in memory of Mr. Gene Bayne Harris Jr., please visit our flower store.