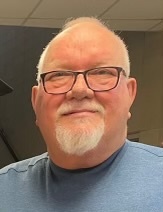 Mike was born in Jackson, MS on February 11, 1953 to John “J.W.” Albright and Dorothy “Dot” Hales Albright. The family moved to Ft. Walton for three years to operate the family business, Albright Transmissions, before returning to Jackson, where Mike graduated from Central High School. He remained involved with the family business all his life, becoming the owner and operator. Mike loved people. In his spare time, he enjoyed hunting and race cars. He was an accomplished musician.

Along with his parents, Mike was preceded in death by his first wife, Linda Albright and father-in-law, Larry Knight. He is survived by his wife, Lisa Albright of Raymond; daughter, Jennifer (Brian) Muse of Florence; brother, Randy (Cathy) Albright of Terry; grandchildren, Braydon, Brantley, Brelyn, and Brunson Muse; brother-in-law, Alan (Paula) Knight and their children, Auguste (Zack) Jordan and Gracie (Wade) Ward; and a number of nieces and nephews and extended family.

To order memorial trees or send flowers to the family in memory of Gary Michael Albright, please visit our flower store.