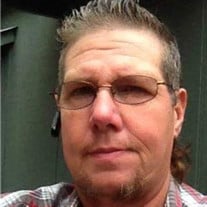 Frank E. Lewis Jackson, MS Frank Edward Lewis, 64, passed away Saturday August 29, 2020 at Hospice ministries in Ridgeland, MS. The family will receive friends Wednesday September 2, at 12 pm until 1:30 pm at Chancellor Funeral Home in Byram. A 2:00 pm Graveside service will follow at Lakewood South Cemetery in Jackson, MS. Frank was born June 5, 1956 in Jackson, MS to Wilbur and Carroll Bryant Lewis. He spent all of his life in Jackson, where he was a member of the VFW post #112 and was a member of Southside Assembly of God. He is preceded in death by his father, Wilbur “Ed” Lewis and a brother, Robert Lewis. Those left to cherish his memory include his mother, Carrol D Lewis, Jackson; sister Regenia C. (Cade) Ferguson of Brandon; sister in law, Annette Lewis of Brandon, and a number of nieces and nephews, aunts and uncles.
To order memorial trees or send flowers to the family in memory of Mr. Frank Edward Lewis, please visit our flower store.