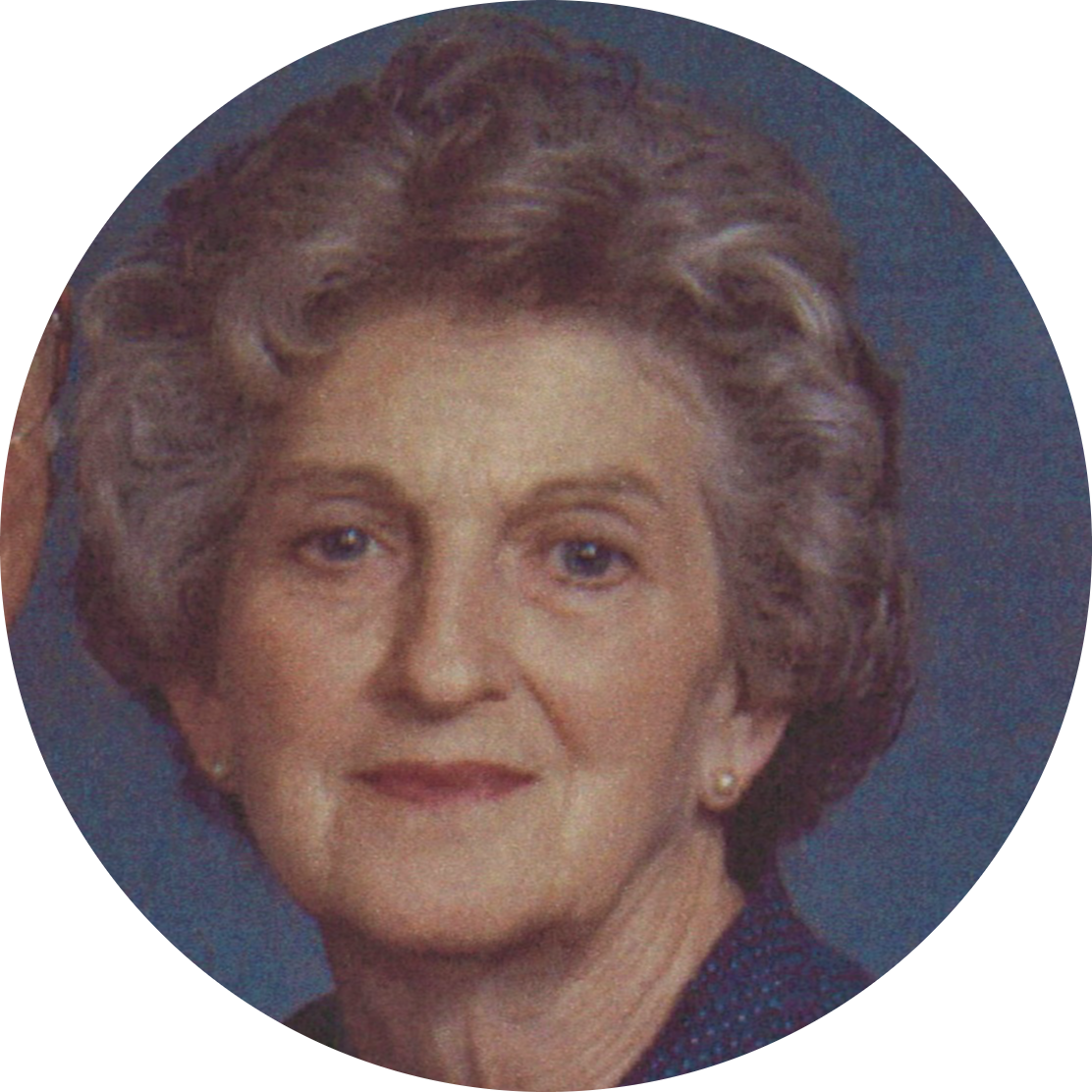 Frances Powell Schilling left her earthly family to join her heavenly one on September 2, 2022. Celebrating her 100th birthday on August 23, 2022, she lived an eventful and interesting life full of love. In a letter she left to family to be opened at her death, she declared, “I will be happily singing (Yes! Me singing) praises to our Lord and Savior.”

Frances was born in Charleston, Arkansas, and grew up in nearby Branch, Arkansas, with her three older sisters, only six years apart—oldest to youngest. They went to school, played basketball, and helped their parents with the garden and farm chores—a typical country life in the Ozarks in the 1920s-30s. Her parents were the late Luther Lloyd and Nellie Marie Fleming Powell.

After graduating from Branch High School, Frances headed to Arkansas State Teachers College in Conway, Arkansas, for two years of college. Then she traveled to Muskogee Hospital in Muskogee, Oklahoma, for nurses’ training. Here Frances met her soon-to-be husband, Leroy Schilling, when he was stationed at Camp Gruber in Muskogee preparing for the U.S. entrance to World War II. Frances and Leroy married on December 19, 1942. Her training at Muskogee Hospital in Oklahoma to be a nurse was cut short by her mom’s death and World War II as Leroy was stationed in Salina, Kansas, before heading to war overseas.

Frances planned to go back to finish her nursing degree, but life and three sons changed her plans. Always a very smart and industrious woman, she worked in various state and federal offices such as the Mississippi State Department of Education, the Small Business Administration, and the Veterans Administration as an office administrator/legal secretary. After Frances retired she ventured into woodworking projects with Leroy, embellishing quite a few with decorative painting. You can still find toy boxes, magazine racks, and lamp holders they created. Eventually she began painting on canvas. In their early family years she and Leroy traveled with their boys RV camping, then with other couples; later they enjoyed cruising the Caribbean, Alaska, the Mediterranean, and the Mississippi River. Frances earned her amateur radio license (KC5QZU) in support of Leroy, Ed and his family.

An excellent cook and baker, Frances was of a generation who made her own pie crusts, and her yeast rolls were heavenly. Already an avid seamstress and fluent in crochet, Frances created a multitude of quilts, all pieced and sewn by hand, even the actual quilting. Every member of the family has at least one of her quilts while the rest adorn the loft railing of the lakeside “dream” house she and Leroy physically built in 1986-87 with some family help. An avid gardener, she and Leroy had a vegetable garden for years and then she created glorious flower beds around their lakeside lot. In recent years her–always nearby–iPad kept her in touch with friends and family via Words with Friends and Facebook. Frances had spirit and spunk all her life!

Frances and Leroy were charter members of McDowell Road Baptist Church until it closed. They acquired the church fountain and moved it to their lakehouse. The Schilling couple then joined Wynndale Baptist Church. Frances attended until she moved to her one-bedroom apartment at Riggs Manor nearly three years ago. She has always been a beautiful Christian soul.

Frances loved her children, grandchildren, and great grandchildren and was very proud of each one of them. She is survived by two sons: Lee Schilling and his wife, Carol, of Terry; and Edward Schilling and his wife, Anita, of Vicksburg. She also leaves behind her grands and great-grands: the late Sandra Schilling Parks (Bill) and their children, Travis and Haley of Brandon; Jeffrey Schilling (Wendy) of Canton; Amanda Schilling Brice (Jake) of Aurora, Colorado; and Lenora Schilling Hamilton (Robbie) and daughter Iris of Plano, Texas. Frances loved and was adored by many nieces, nephews, grand nieces, and grand nephews.

Mrs. Frances Powell Schilling of Terry/Raymond spent her last week on earth at Hospice Ministries. Services will be at noon on Tuesday with visitation starting at 11am at Chancellor Funeral Home in Byram. The Reverend Dr. Jerry Smith of Wynndale Baptist Church will officiate with the Reverend Rob Yarbrough (nephew-in-law and Frances’ lakeside neighbor) will share a few family stories. There will be a private burial following at Lakewood South Cemetery.

In lieu of flowers, the family requests that memorials be made to the charity of your choice.

To order memorial trees or send flowers to the family in memory of Frances P. Schilling, please visit our flower store.