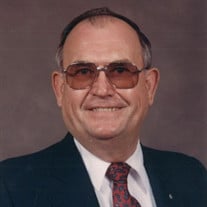 Mr. Floyd Lindy “Mac” McDaniel, 92, passed away on Saturday, November 2, 2019 at the GV Sonny Montgomery Veterans Hospital in Jackson, MS. There will be a visitation on Tuesday, November 5, 2019 from 10:00 a.m. until 1:00 p.m. at Chancellor Funeral Home in Florence, MS. His funeral will follow the visitation at 1:00 p.m. Interment will be in the Garden of Memories in Florence, MS. Mr. Mac was a lifetime resident of south Jackson, MS and a member of Southside Baptist Church. He was married to the love of his life, Christine McDaniel, for 61 years before her passing in 2016. Mr. Mac was a decorated veteran of the United States Armed Forces. In World War II he was a Sea Bee in the U.S. Navy. In Korea he served in the United States Air Force. And, in Vietnam he fought under the banner of the 101st Airborne Division United States Army and in the Confederate Air Force. He loved deer hunting and fishing and was a 32nd degree Mason in the James A. Myers Lodge #619. He was also a member of the Scottish Rite & Wahabi Temple Shriners and a member of VFW post #1. He is survived by two sons; David McDaniel of Jackson and Ira McDaniel of Wesson; a daughter, Gayle Bethany of Brandon; a sister, Nancy Moore of Corinth, MS; 10 grandchildren and 1 great grandchild.
To order memorial trees or send flowers to the family in memory of Mr. Floyd "Mac" McDaniel, please visit our flower store.