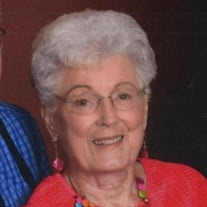 Mrs. Faynell Shipp Neely, 88 passed into the arms of Jesus on Friday, February 19, 2021 at her home in Richland. The family will receive friends for visitation on Monday, February 22nd from 6:00 - 8:00 p.m. and again on Tuesday, February 23rd from 9:00 a.m. until the 10:00 a.m. Funeral Service all at Chancellor Funeral Home in Florence. Burial will follow at Lakewood Memorial Park South in Jackson. Mrs. Neely was born November 15, 1932 in Star, MS to the late William Elbert and Lois Felts. She was a member of First Baptist Church in Florence. She worked as the executive assistant for the President of Standard Life and also as the secretary for the Spokesman and Development Department at Baptist Hospital where she later retired. Following retirement, she worked for the legislature. She was a hard worker, a wonderful mother and a devoted wife. She was blessed to be married to two wonderful men with whom she got to see many sights and make many memories. She was a loving grandmother who was also loved by all of her nieces and nephews. Along with her parents, she is also preceded in death by her first husband of 51 years, Wade Gordon Shipp, Sr.; her brother, Kendall Felts, and her sister, Evelyn Frazier. She is survived by her husband of 13 years, Braxtel Neely of Richland; sons, Wade Gordon Shipp, Jr. of Richland and Bryan (Michael) Shipp of Florence; grandchildren, Mary Katherine Shipp and Lauren Nicole Brown (JB); sister, Dot Shanks of Clinton; and a host of nieces and nephews. In lieu of flowers, the family requests that donations be made to the First Baptist Church of Florence food pantry in memory of Mrs. Faynell Neely.
To order memorial trees or send flowers to the family in memory of Mrs. Faynell Shipp Neely, please visit our flower store.