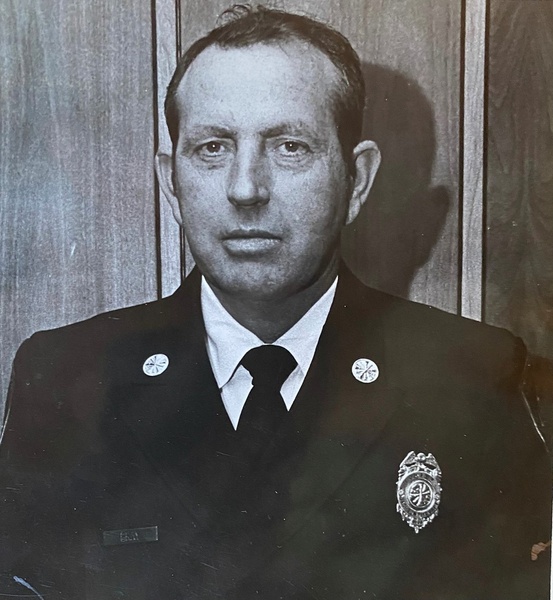 Chief Edgar G. Bray, Jr., often called “Buddy” by his family and friends, 90, died August 4, 2022, in the comfort of his home in Raymond, MS, of natural causes.  Buddy was born, the third child of Edgar and Bevis Thigpen Bray, February 13, 1932 in Raymond, MS, where he attended Raymond High School and Hinds Community College. Chief Bray devoted his adult life to serving the City of Jackson and its citizens.  He joined the City of Jackson’s Fire Department in 1954, where his work ethic and determination, led him to be named as Fire Chief in 1975.  Chief Bray continued to serve in that position until his retirement in 1986.

While Chief, he modernized the Jackson Fire Department to become one of the best in the country.  After retirement the Chief spent his days with his grandchildren or visiting the fire stations to play cards or dominos.  Once the grandchildren were grown and no more football or baseball games were to be played he used his Master Craftsman Woodworking skills to create one of a kind milled items for houses with Frierson Building Supply and Lumber. In addition, Buddy enjoyed the outdoors, especially hunting rabbits and training award winning field trial beagles.

To order memorial trees or send flowers to the family in memory of Edgar Green Bray Jr., please visit our flower store.