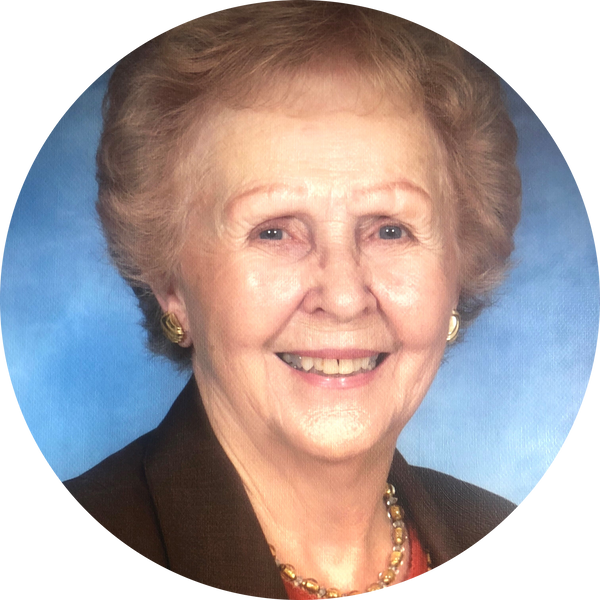 Dora Jean Mangum Whatley died peacefully at home on June 4, 2022. A celebration of her life will take place  on June 9 at Wesleyanna United Methodist Church, in Star, Mississippi preceded by visitation at 10:00 A.M. followed by committal service in the church cemetery.  Visitation will also take place June 8 from 5:00-7:00 P.M. at Wesleyanna.

She spent her school years in Jackson Schools, graduating from Central High School in 1944, of the Greatest Generation. While many of her classmates were serving in WWII, as a high school student she contributed to the war effort playing the piano at social gatherings for servicemen, writing letters, and selling war bonds.

She received her Bachelors Degree in business from Belhaven College in 1947. In her Senior year, she met her husband of twenty-four years, the late William Nathaniel “Bill” Mangum, Jr. Her love and marriage took her to Star, Mississippi where she both taught school and worked in the Post Office located in the family owned Mangum’s Store. The Post Office became her career shortly after and she served 40 years as Post Master in the small community.

She later enjoyed seven happy years of marriage with the late William Kary Whatley survived by step-children Theresa Whatley Fortenberry (Billy) and Todd Whatley (Susan) as well as their children and grandchildren.

The small community of Star and Wesleyanna United Methodist Church were central to her life and she devoted much of her time to both. She was featured in  Hometown Rankin Magazine where she told her story of her life in Star. She was named Statewide Mississippi Ageless Hero for community involvement receiving a Mississippi House Resolution for her service to the community. For many years she served as President of the Star Water Association, donated land for a Star Volunteer Fire Department, was a member of the United Methodist Women, Star Federated Woman’s Club being named Woman of the Year and served as Grand Marshall of the Star Christmas parade, member of the Florence Lions Club serving many years as Secretary, member of the Rankin County Forestry Association, taught Sunday School, sang in the church choir, served as pianist and played the organ at Wesleyanna. She was named Rankin County Parent of the Year for volunteering, tutoring, and mentoring students at McLaurin Attendance Center. She  was a longtime member of the Mississippi Chorus, touring Europe and participating in concert with the chorus at Carnegie Hall along with the Manhattan Symphony.

Her life was a true love story for the community she dearly loved, the people in it, and her beautiful family. She loved telling stories of her life, teaching, traveling, and being fully in life. She daily watched Jeopardy, completed crosswords, and read the paper cover to cover. She was relentless at Ping Pong never allowing even the smallest child an easy win. Her children and grandchildren will miss her always but rejoice in knowing she is in reunion with family and friends she hasn’t seen in a longtime.

In lieu of flowers memorials may be made to Wesleyanna United Methodist Church, P.O. Box 13, Star, MS 39167.

To order memorial trees or send flowers to the family in memory of Dora Jean Mangum Whatley, please visit our flower store.