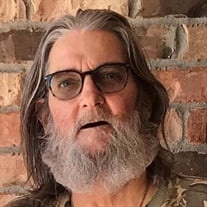 Charles “Tippy” Clifton Carter, age 65, of Richland, MS passed away peacefully in his home Friday, September 4th under the care of Hospice Ministries. Born in Portsmouth, Virginia he spent most of his life in the Jackson, MS area. He is predeceased in death by his mother, Lelia Frances “Frankie” Hodges Carter and father, Dewey Holmes Carter and both sets of grandparents, Mr. and Mrs. John Henry Hodges & Mr. and Mrs. Charles Midrew Carter. He survived by his beloved wife of 32 years, Augustine “Tina” Carter, his two precious step children, Treena Young (Bob), James Maddox Jr. (Lucia) along with his wonderful step grand children who were the apple of his eye; Savanna Young, Jacob Young, Duwanda Lowery Wells (Drew), and Shun “Kary” Lowery; great grandson Zay Lowery and two daughters, Heather Carter Reese and Lauren Carter; and sister, Jacqui Carter Katool. He also leaves a host of brother and sister in laws, cousins, aunts and uncles in Virginia and Texas and Mississippi. Tippy went to Forest Hill and also attended Hinds Jr. College. He worked at Appliance Parts for many years taking pride in his ability to provide parts throughout the service community most of his career. His momma loved him above words... Chancellor Funeral Home in Florence MS is taking care of the arrangements with a private graveside family service at Floral Hills in Pearl, MS on Saturday, September 12th at 10am.
To order memorial trees or send flowers to the family in memory of Mr. Charles "Tippy" Carter, please visit our flower store.