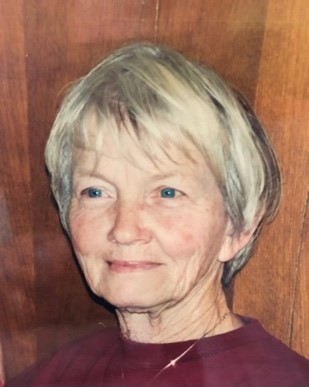 Betty Sue McKissack (“Baby Sue” and “Miss Sue”) of Bolton, Mississippi, passed over to be with the Lord at Willow Creek Retirement Center on April 11, 2022. Born in Bolton on January 19, 1931, to Robert G. and Vera Christine McKissack, she is survived by numerous nieces and nephews and the children of her siblings, Elizabeth Christine Rayburn, Robert Griffin McKissack, Margaret Lucille Boone, and Howard Alsobrook McKissack, all of whom predeceased her.

Having spent her whole life in Bolton, she dearly loved the town and had many wonderful memories of growing up there. She often said her earliest memory was of getting spanked at four years old for crossing the railroad tracks to visit a local store to buy some Hershey’s Chocolate Kisses (she called them “silver bells”), which was her candy of choice for the rest of her life

Sue was the salutatorian of her graduating class from Bolton Consolidated School in 1946 and received her high school diploma from Raymond High School in 1948. She then traveled to Poplarville, MS, to live with her aunt while she earned her Associate of Arts degree from Pearl River Junior College, graduating in 1950.

Upon graduation from junior college, Sue took a job as a telephone operator, initially with South Central Bell --later AT&T -- and that was her career for 32 years.  She retired in 1982 to care for her invalid mother in Bolton.  She was a member of the Telephone Pioneers of America.

Her great love for animals – mostly dogs and cats, but for all creatures great and small --- will no doubt be how most of her friends and family remember her.  She was an avid reader, especially of histories and biographies of Mississippians. She was also a life-long Elvis Presley fan, having seen him first in the early 1950s.

Her family is thankful to Veterinarian Milton Farr and all his staff for the many kindnesses they showed her and her pets throughout many, many years, and also to have been able to employ her friend, Linda Evans of Bolton to be her caretaker in the last years of her life. Her final wishes were to be cremated and that no service or memorial be held for her. She will be interred in the Bolton Cemetery at a date yet to be determined.

To order memorial trees or send flowers to the family in memory of Betty Sue McKissack, please visit our flower store.