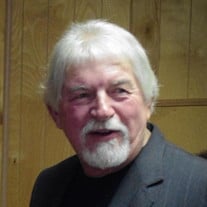 Steven Dale Evans, beloved husband, father, and friend to many, passed away unexpectedly on Saturday, October 31, 2020, at his home in Florence at the age of 67. Steve was born on December 24, 1952, to Lucy and Wendell Evans and grew up in Jackson, Mississippi, where he was the youngest of five siblings. He developed a knack for working on automobiles at an early age. In 1991, he opened Transmission Rebuilders & Exchange, which he owned and operated for nearly 30 years. He was widely referred to as “the best in the business” when it came to building transmissions, but his skills and talents expanded well beyond transmissions and he could fix just about anything. Steve was also an avid drag-racer and over the decades he won numerous awards and prizes for racing and for car shows he participated in. Another favorite pastime of his was loading up in the RV, golf cart in tow, for the occasional beach getaway with the love of his life and wife of 42 years, Joyce. In his downtime though, when he wasn’t under the hood of a car or tinkering around with something in his shop at home, you could usually find him kicked back in his comfy recliner, or enjoying the simple pleasure of sipping on something cool over conversation and laughs with his buddies, whom affectionately referred to him by his nickname, “Hogg”. He had a heart of gold and would do anything for anyone. His warm presence and infectious laugh could brighten any room. He cherished his family and his friendships dearly, and the many memories made with them over the years will live on in the hearts of those he shared them with. He will forever be remembered for his love for family, friends, fun times, and fast cars. He is survived by his wife, Joyce, his two daughters, Amy Jones and Stacy Buma, his three grandchildren, Alexis, Christian, and Stone, half-sister, Joan Dial Mahoney, half-brother, Clark Dial, and his three pups, Bear, Champ, and LuLu. Steve was preceded in death by his parents, his brother, Tommy Evans, and his half-brother, Chris Dial. Family and Friends will gather for a memorial visitation on Wednesday, November 4th from 5:00 - 8:00 p.m. at Chancellor Funeral Home in Florence.

Steven Dale Evans, beloved husband, father, and friend to many, passed away unexpectedly on Saturday, October 31, 2020, at his home in Florence at the age of 67. Steve was born on December 24, 1952, to Lucy and Wendell Evans and grew up in... View Obituary & Service Information

The family of Mr. Steve Dale Evans created this Life Tributes page to make it easy to share your memories.

Steven Dale Evans, beloved husband, father, and friend to many,...