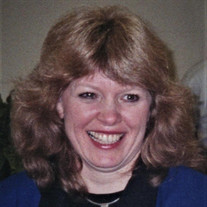 This is the story of Mary Ruth Baldwin Cowart (Ruth). Ruth was a wonderful woman that was loved, is missed, and will always be cherished. Ruth was an amazing wife, mom (to her so called farm animals), daughter, sister, and a baker of cornbread like no other could be. Ruth’s story starts on November 27, 1960, the oldest child to William (Bill) and Juanita Baldwin. Ruth was born in Easley, South Carolina Baptist Hospital. When Ruth was still little Bill and Juanita moved their family to Due West, SC, where Ruth would spend her childhood, grow up, make many lifelong friends, and go to Dixie High school. She was very proud to be a Dixie Hornet and a Maid of Honor during homecoming football game her senior year. She would always point out the school when she drove through Due West. After high school she moved to Greenwood, SC and worked for Rhodes Furniture as a finance/collections manager. She would meet her husband Franz Larry Cowart of Jackson, MS. Ruth and Larry had a whirlwind romance and were married in the Hodges United Methodist church in Hodges, SC on Feb. 16, 1985. Ruth and Larry moved to Canton, MS in July 1985 and spent the next 6 years looking for land in the surrounding area of Jackson, MS. In 1992 Ruth and Larry moved into their new home in Harrisville, MS and spent the next twenty-eight years there. Ruth found a working home at Larry’s Auto Sales/Gold Coast Finance. She considered herself as part of the family working for Robby Pettis and alongside of his wonderful staff. Ruth was renowned for her cooking and baking skills (at least by her husband Larry). Larry remembers many, many pans of the best tasting corn bread coming out of the old Jennair oven that Ruth baked with in her kitchen, and always having a ham and cheese sandwich on one of those slices of corn bread to eat when he arrived from work. Ruth loved to get out and work in the yard planting flowers, general landscaping, and her Koi Pond this is something that she inherited from her mother Juanita. Ruth loved to travel to mountains of North Carolina and Tennessee. Ruth and her family spent many days up and around the Smokey Mountains. If there was anywhere Ruth loved to be with her family it was in the mountains and/or Myrtle Beach, SC. Ruth and Larry made many trips to Nashville, TN and she was a fan of attending the CMA Music Festival each year. Of course, Ruth being a super fan of Big & Rich she attended twenty-three (23) of their concerts from 2005 to 2018. Loved ones that will miss Ruth until they meet again are her husband Franz Larry Cowart; her mother Juanita Baldwin; her father William Baldwin; her brothers William (Billy), David, and Matthew, her uncle Carol Davis and many friends and relatives.

This is the story of Mary Ruth Baldwin Cowart (Ruth). Ruth was a wonderful woman that was loved, is missed, and will always be cherished. Ruth was an amazing wife, mom (to her so called farm animals), daughter, sister, and a baker of cornbread... View Obituary & Service Information

The family of Mrs. Ruth Baldwin Cowart created this Life Tributes page to make it easy to share your memories.

This is the story of Mary Ruth Baldwin Cowart (Ruth). Ruth was...