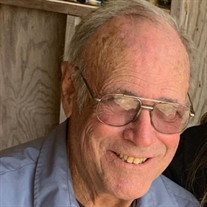 Richard Farquhar Tucker passed away in the early morning of September 19, 2020 after a protracted and heroic battle with an illness. He was 74 years old. There will be a memorial visitation from 5 p.m. until 8 p.m. Wednesday, September 23, 2020 at Chancellor Funeral Home, 7225 Siwell Road, Byram, MS. The family will have a celebration of life service at a later date. Due to the ongoing circumstances regarding COVID-19, the funeral home will have an occupancy restriction on the number of people in the building at a time. All attendees are required to wear a face covering and practice social distancing. Richard was born on June 24, 1946 in Vancouver, Washington to Alan F Tucker and Clara Koberg Tucker. After Clara passed away when Richard was a teenager, Constance Jean McAtee married Alan and became a doting mother to Richard and his five siblings. Richard was blessed to have two wonderful mothers, and he inherited a strong work ethic and compassionate service to others from his father. After graduating from Camas High School, he attended Clark College in Vancouver and worked at the local paper mill before and after serving his country as a mechanic in the Vietnam War, enlisting for two tours of duty. In 1969, the same year he was discharged from the U.S. Army, he met Mary Dixon in Portland, Oregon. They were married on November 14, 1970. Richard has loved Mary every day since. Shortly after marriage, Richard and Mary moved to Daytona Beach, Florida, where Richard enrolled at Embry-Riddle Aeronautical University and fulfilled his dream of becoming a pilot. After working as a flight instructor there, Richard moved his young family to Jackson, Mississippi, where he worked first as a cargo pilot and then soon thereafter as a corporate pilot for L and L Aviation in Vicksburg, retiring as a pilot after thirty years. Never one to stay still, Richard then focused on serving his local community through Motengator Small Engine Repair. For the past twenty-five years, Richard has repaired thousands of pieces of equipment and took special delight in helping and talking with customers on any day, at any time. He never thought of himself; he only thought of others. Richard is survived by his loving wife, Mary Dixon Tucker; his children, Steven Alan (Linda), Jonathan Dixon (Thu), and Andrea Jean; his grandchildren, Ann Minh Tucker and Lillian Qui Tucker; and his siblings, Frances, Thomas, Robert, Carol, and Deborah. He will be greatly, greatly missed. In lieu of flowers or commemorative items, the family humbly requests that donations be sent to the American Cancer Society.

Richard Farquhar Tucker passed away in the early morning of September 19, 2020 after a protracted and heroic battle with an illness. He was 74 years old. There will be a memorial visitation from 5 p.m. until 8 p.m. Wednesday, September 23,... View Obituary & Service Information

The family of Mr. Richard Farquhar Tucker created this Life Tributes page to make it easy to share your memories.

Richard Farquhar Tucker passed away in the early morning of September...