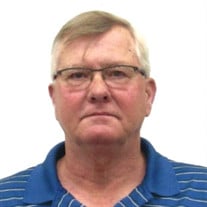 Phillip Andrew Crosby, 60, passed away on December 28, 2019, at Merit Health Central in Jackson, MS. There will be a visitation on Wednesday, January 1, 2020 from 10:00 am until 11:00 am. A memorial service will follow at 11:00 am at Chancellor Funeral Home in Florence, MS. Mr. Crosby, a resident of Richland, MS for the last 11 years, was known for his love and devotion to his family and as a hard worker. He was a gun enthusiast, a grill master, and enjoyed watching Star Trek. Preceding him in death were his parents, John and Leone Bell Crosby; a brother, Tommy Crosby; and nieces, Tracy and Denny Duggan. Those left behind to cherish his memories include: His wife, Betty Crosby of Richland; son, Blake (Kim) Crosby of Raleigh, NC; granddaughter, Haley Crosby, Raleigh, NC; step-son Shane (Christie) Pittman of Byram; brother, John Bell (Edith) Crosby of Madison, MS; a sister, Diane Duggan of Yazoo City, MS.

The family of Mr. Phillip Andrew Crosby created this Life Tributes page to make it easy to share your memories.