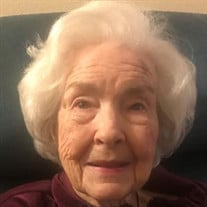 She was in her 94th year. She left us peacefully in her sleep while in the same room with her beloved husband Tom of 69 years at the Juniper Village Skilled Nursing Community in Austin, Texas. Born in the small town of Utica, Mississippi, she witnessed all of the incredible history that unfolded for the greatest generation. After graduation from Utica High School in 1944 she attended Mississippi College where she earned her Bachelor’s degree in English and was selected as one of the “most beautiful” on campus. After graduation she taught high school English in Moss Point, Mississippi. After one year of teaching she entered the University of Mississippi (Ole Miss) where she earned her Master’s degree in English Literature. At Ole Miss she was active in the Delta Gamma Sorority. After graduation from Ole Miss she taught at Central High School in Jackson Mississippi. During that time she met her future husband, Thomas McGaha. They were introduced by Myrtle’s youngest brother Sam. By all accounts it was love at first sight and they were joined in marriage June 24th 1951. She taught high school English initially but then turned her full attention to raising their three children. While fully involved with the challenging tasks of raising children, participating in PTA meetings, chauffeuring to and from ball games and dance lessons, serving as a Cub Scout Den Mother she also pursued her passion for art and music. She was an accomplished pianist, one of those rare individuals who can play songs by ear and mastered both the piano and organ. She frequently played the piano at assisted living centers and other similar venues. She glowed with elegance and refinement and spoke with the soft lilt of her southern accent. Beloved as Mimi to her grandchildren and a friend to all she met. She often entertained at their home and enjoyed a lavish dinner party. As was the case of many in her generation, work obligations for her husband required frequent moves resulting in numerous changes of address. She began her married live in Jackson, Mississippi and then her family moved to Texas. There they lived in both Houston and Texas City. After which they moved to New Canaan, Connecticut, followed by New Orleans, Louisiana. Finally they settled in Austin, Texas where they remained for 40 years in retirement until failing health required a final move to an assisted living community two years ago. Myrtle is survived by her husband Thomas McGaha, and their three children; daughter Mary and her husband Nelson Mikeska; son Thomas Jr. and his wife Amy; and daughter Diane Hendren. She also has one remaining dear brother Sam of Florence, Mississippi. Grandchildren include; grandson Neil Mikeska J.D. with wife Dianne and their child (great granddaughter) Vivian; grandson Dr. Andrew Mikeska with wife Rebecca; grandson Nick Gottlieb with wife Kayla; and granddaughter Alyssa Gottlieb. She leaves behind numerous nieces, nephews and their families and children. Myrtle is preceded in death by her Parents; Mary and Whitfield; her brother Whitfield and wife Syble; her brother Harold and wife Rita; her sister in law Peggy; and one grandchild Grant Hendren. There will be a visitation at Weed-Corley-Fish Funeral Home, 3125 N. Lamar Blvd. from 6 to 8 PM on Tuesday June 1st. A brief and limited-attendance memorial service will be held on site at the Juniper Assisted Living Center on Spicewood Springs Road at 1PM Wednesday June 2nd. A graveside service will be held at the Utica Cemetery in Utica, Mississippi at 11AM on Friday June 4th. We would like to extend a special thank you to Brookdale Hospice and Juniper Village at Spicewood Summit for all of their care and kindness these last two years. In lieu of flowers memorials may be made to The American Heart Association, The Alzheimer’s Association or to a charity of your choice. Obituary provided by Weed Corley Fish Funeral Home in Austin, TX.

She was in her 94th year. She left us peacefully in her sleep while in the same room with her beloved husband Tom of 69 years at the Juniper Village Skilled Nursing Community in Austin, Texas. Born in the small town of Utica, Mississippi, she... View Obituary & Service Information

It is with great sadness that we announce the passing of Myrtle McGaha on May 26, 2021.

She was in her 94th year. She left us peacefully in her sleep...