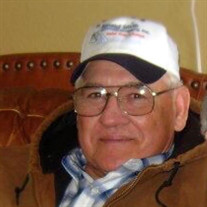 Michael “Mike” Anthony Osborne, Sr., 69, passed away Sunday, March 3, 2019 at University of MS Medical Center in Jackson. He was a soft-spoken man that loved his family and they will miss his gentle spirit so much. The family will receive friends for visitation on Wednesday, March 6th from 5:00 – 8:00 p.m. at Chancellor Funeral Home in Florence and again Thursday, March 7th from 9:00 a.m. until the 10:00 a.m. Funeral Service at Florence Assembly of God in Florence. Burial will follow at Richland City Cemetery. Mr. Osborne, a long-time resident of Richland, was a faithful member of Florence Assembly of God. He will be remembered as a man who loved his family, especially his grandchildren and expressed his loved to them by always working hard and providing for them. After working offshore 10 years for Penrod Drilling, he started his career with the City of Richland and retired after many years. Mike was a man of integrity, who proudly served his country in the U.S. Navy. Mike expressed his generosity, even in death, by being an organ donor. Mike is preceded in death by is parents, Robert and Laura Osborne. He is survived by his wife, of 48 years Linda Walker Osborne of Richland; children, Michael Osborne, Jr. of Crow Agency, MT and Laura (Chuck) Washburn of Proper, TX; 9 grandchildren, Joshua, Jacob Chandler, Jordan, Jonathan and Jacob Gregory Osborne and David, Caroline, Ainsley, and Presley Washburn; brothers, Robert (Susie) Osborne, Jr. of Springfield, TN, Dan (Diana) Osborne of Garland, NC, Randy (Yvonne) Osborne of Terry, MS, David (Tara) Osborne of Keatchie, LA, and Paul (Tracy) Osborne of Byram, MS; sisters, Cheryl (Gordon) Meyer of Sherwood, AR, Melanie (Mark) Hall of Evans, GA, Angie (AL) Lambert of San Antonio, TX, Barbara (Kevin) Worrell of Weir, MS; and numerous nieces, nephews, and extended family members. In lieu of flowers, the family has requested that memorials be made to Florence Assembly of God in Mike’s Memory.

Michael &#8220;Mike&#8221; Anthony Osborne, Sr., 69, passed away Sunday, March 3, 2019 at University of MS Medical Center in Jackson. He was a soft-spoken man that loved his family and they will miss his gentle spirit so much. The family will... View Obituary & Service Information

The family of Mr. Michael "Mike" Anthony Osborne Sr. created this Life Tributes page to make it easy to share your memories.