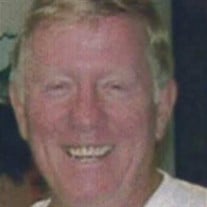 Lloyd Roger “Zeke” Zimmerman, 78, passed away Thursday, September 12, 2019 at his home in Terry. A memorial service will be held at Wynndale Baptist Church on Tuesday, September 17, 2019 at 11am. Visitation will be 10-11am Tuesday at the church. Mr. Zimmerman was a longtime resident of Terry and faithful member of Wynndale Baptist Church. He was involved with mission work, overseeing projects with the church and member of Carpenters for Christ Association. Mr. Zimmerman retired as Project Manager for HUD and retired as Colonel from the U.S. Air Force, having served in Korea and Vietnam as a navigator pilot. He was an avid hunter, traveling to Colorado for elk hunting. He also enjoyed fishing, snow and water skiing, camping, boating and Nascar. Most of all, he loved helping others and spending time with his family. He is preceded in death by his parents, Hollis and Audrey Gaither Zimmerman. Survivors include his loving wife of 31 years, Dorothey Zimmerman of Terry; sons, Bobby Zimmerman and Billy Zimmerman and his Jessica, all of Wesson; step-children, Cliff Barrett and his wife Debbie of Terry, Kim Smith of Terry and Amy Woodham and her husband Allen of Crystal Springs; sister, Doris Barnhart of Utah; grandchildren, Colby, Ally, Kaylee, Zeke Miller, Adyson, Paige and Camryn; extended family, a host of friends, and his faithful companion his golden retriever, Sam. In lieu of flowers donations may be made to: Carpenters for Christ, Wynndale Baptist Church, 11287 Springridge Rd., Terry, MS 39170. Online guest book available at www.chancellorfuneralhome.com.

The family of Mr. Lloyd Roger "Zeke" Zimmerman created this Life Tributes page to make it easy to share your memories.