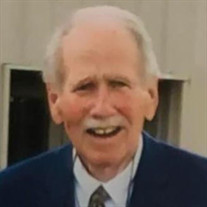 Mr. Jimmy R. Estes, age 75, passed away at home in Terry, MS on April 29, 2022 after several years of health issues and treatments. The family will receive friends Tuesday, May 3 from 10 a.m. until the service begins at 11 a.m. at Chancellor Funeral Home, Byram, MS with his friend and pastor, Bro. Jay Frazier of Lakeshore Church, officiating. Interment will follow in Lakewood Memorial Park, Clinton Blvd. From humble and adoptive beginnings, he was specially chosen early in life by wonderful Christian parents. They instilled a foundation of love, work ethics, and a Christian environment. He absorbed all the values they established. He perpetuated and promoted every person he met, as he was a natural born leader, role model, entrepreneur, mentor, and successful business man. Outgoing was an understatement. He had a love and zest for fun, faith, family, fellowship, and food. His world privately revolves around his wife, children, grandchildren, friends, and church. Loves to travel with his wife on their motor home, drive his tractors, show a horse, hug his dogs, and attend grandchildren sports activities. He and his wife enjoyed “late afternoon” fishing in their pond, sitting on the porch swinging, or an outside BBQ. His business world has consisted of everything from sponsoring youth activities, to owning an insurance office, owning a real estate office, owning shopping centers, single family rentals, and involvement in commercial development...all at the same time. He also spent two decades of raising AQHA world champion quarter horses on the ranch, with his wife, and had many winnings, awards, and trophies from their program. He had won numerous business awards, was on numerous committees, and involved with several different associations over the years. His primary concentration of work in the last few decades has been in the Byram area. He didn’t like to brag on himself, but was happier to help someone find their niche in the world. He tried to inspire everyone he met. He dearly loved his Provine ’64 classmates, and regretted missing the most recent reunion. He formed many loyal and trustworthy friendships that have withstood decades of time. That also included his best friend – soulmate – caregiver-travel buddy-daily diary, -also known as wife, that have shared a “fairy-tale love & life” for over 40 years. He will be missed by many, as he had friendships far and wide across the country. He had developed a handful of friendship that were like “brothers” – and you know who you are! He is preceded in death by his parents Edwin & Hazel Estes; his sister, Susan King; and his brother, Bobby Causey. Survivors include his wife Joan Estes; son Brian (Stacy) Estes, daughter Kelly (Michael) Brown, and son Lee Bailey (& June); grandchildren: Blake, Dylan, Caleb, Allen, Megan, Jay, Christian, Destiny, and Kirstie; special niece Brandi (Shannon) McClung; nieces: Kristen Lowrance, Lauren Pasley, and Brooke Pasley; Grand Nephews: Chas and Nick McClung, and other extended family. His grandsons and nephews will serve as pallbearers.

Mr. Jimmy R. Estes, age 75, passed away at home in Terry, MS on April 29, 2022 after several years of health issues and treatments. The family will receive friends Tuesday, May 3 from 10 a.m. until the service begins at 11 a.m. at Chancellor... View Obituary & Service Information

The family of Mr. Jimmy R. Estes created this Life Tributes page to make it easy to share your memories.