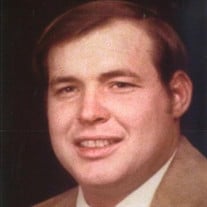 James William Slawson, 70, passed away on Saturday, February 20, 2021 at Forest General Hospital in Hattiesburg, MS. Visitation will be Tuesday, February 23, 2021 from 5:00 p.m.—8:00 p.m. at Chancellor Funeral Home in Byram and again Wednesday, February 24, 2021 from 12:00 p.m. 1:00 p.m. Due to the current pandemic, facemasks are required. The funeral home encourages everyone to practice social distancing and will allow 10 people at a time in the building during the visitation. For safety reasons, the funeral services in the chapel will be limited to immediate family; however, the graveside service at Terry Cemetery will be open to the public. James was born on October 11, 1950 in Decatur, MS to James Audrey William Slawson and Annie Jean Wilson Slawson. He played football for the Pearl Pirates in the 1960s. He was a Pearl Pirate through and through and continued to support the team by driving the equipment truck for the Award-winning Pearl Pirate Band for eight years. From 1975—1978, Mr. Slawson served as a volunteer Fireman in Flowood, MS. He was a crew chief for the Air Guard for 29 ½ years, receiving multiple Air Force awards on the state and federal level. He was also employed with the MDOC for 16 years as a maintenance supervisor. In his spare time, James loved hunting, fishing, traveling, and spending time with his family. He was a devoted husband, father, and Poppa to his grandchildren. Along with his parents, he is preceded in death by his brother, Steve Slawson and sister, Joyce Thrash. He is survived by his wife, Cheryl Reves Slawson; daughters, Angela (Shannon) Bullock of Pearl and Elaine (Carl) McLemore of Terry; brother, Bobby Ray (Connie) Slawson of Polkville; sister, Dorothy Slawson of Brandon; grandchildren, Hannah and Alexis Spruiell, Nixon James Bullock, and Skylar McLemore.

The family of Mr. James William Slawson created this Life Tributes page to make it easy to share your memories.