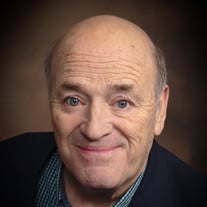 James ‘Jim’ Tilmon Moser, Jr., was born in Dyersburg, TN on November 28, 1951 and was welcomed into heaven on June 15, 2020 at the age of 68. Jim married Janice Grant Moser, his high school sweetheart. In just a few months they would be celebrating 50 years of marriage. They called Byram, MS home. Being the father to three children – two daughters and a son, was his greatest source of happiness. Simply put – his family was his life. He loved his sons-in-law and daughter-in-law. He was a grandfather to five grandchildren and they were his pride and joy. In addition, ‘Uncle Jimmy’ played the role of a father to many young people over the years. He and Janice were known for opening their home and adopting you as their own. Jim was a dedicated member of First Pentecostal Church for over forty years and in his last years he attended Parkway Church. Jim loved the Lord and his church family. Hard work was something Jim believed in. He was a successful salesman for Delta Foremost Chemical Corporation approximately 43 years starting at the young age of 20. He was a man of many trades and believed in providing for his family. For more than 4 decades, Jim was a Deputy Sheriff, serving for Sheriff McAdory, Sheriff McMillin and Sheriff Mason. During his time with the Sheriff’s Office, he was Chief of the Reserve Unit and Mounted Patrol Unit. Every year, Jim looked forward to the state fair and would donate two weeks of his life to help make sure it was a safe, family event. Jim was a respected community leader and was elected Alderman for the City of Byram in 2013. Governor Phil Bryant appointed Jim to serve on the Mississippi Crime Stoppers Advisory Council. Jim also was an active member of the Central Mississippi Friends of the NRA and supporter of Joyce’s Hope Home for Girls. “Whether it was business, helping people, or doing public service, Jim gave it his all. He was a man who cherished his family, married for almost fifty years, kept the same job for over forty years and was the longest serving Deputy in the County. I never heard him say a curse word in all my years of friendship” said longtime friend Parole Board Chairman Steven Pickett. He was proceeded in death by his father and mother, James Tilmon Moser, Sr. and Faye Moser. He is survived by his wife Janice Moser, his daughter Janna Nesmith and husband Tim, his daughter Julie Brown and husband Mick and his son Jaime Moser and wife Natalie. Two brothers, Lee and Anthony Moser. The sparkle in his eye was because of his 5 grandchildren: Peyton Nesmith, Mason and Myles Brown, Tilmon and Selah Moser. He had a host of family and friends that filled his life with much joy. The family will receive friends at the Chancellor Funeral Home, 7225 S Siwell Road, Byram, MS on Monday, June 22 from 5-8PM. A celebration of life for Jim will be held on Tuesday, June 23 at 1PM at Parkway Church, 601 Reunion Pkwy, Madison, MS. An additional visitation to proceed the life celebration at noon. Interment to immediately follow at Lakewood Memorial Park South, 430 McCluer Road, Jackson, MS.

The family of Mr James "Jim" T. Moser Jr. created this Life Tributes page to make it easy to share your memories.