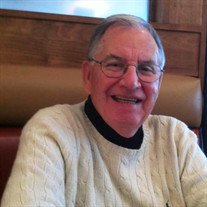 James “Buddy” English Harwell passed away peacefully on Thursday, September 2, at his Raymond, MS, home with his wife, Mickie, by his side. He was 78 years of age. Buddy was born on June 23, 1943, to James Elmo Harwell and Mary English Harwell in Quitman, MS. The Harwells relocated to Jackson, MS, where Buddy attended Provine High School and played drums in the marching band. During this time Buddy frequently gathered with friends to play music. One evening a bandmate’s sister named Mickie Lott arrived to lend her vocals to the group. Buddy and Mickie were inseparable and recently celebrated 56 years of marriage. During his senior year at Provine in 1961, Buddy enlisted in the 41st Army Band as a drummer. He later reenlisted in the Guard and served in the 155th Armored Brigade which included a deployment during Desert Storm. He retired from the military after 27 years of service. Buddy attended Hinds Junior College and the Louisiana State University School of Banking. His career in banking included time at Jackson-Hinds Bank and Mississippi Bank. He concluded his career in banking and finance at Orix Credit Alliance upon his retirement. Buddy and Mickie were members of Leavell Woods United Methodist Church in Jackson, MS, where they raised their three children. They later moved their membership to Lakeshore Church in Byram, MS, where they enjoyed serving as greeters at the Welcome Center and spending time with their Sunday school class. Buddy loved working alongside Mickie in their yard. He was an avid golfer and enjoyed his weekly golf game with friends. Buddy will be most remembered for his exceptional devotion to Mickie and his love for his children and grandchildren. He had a gift for befriending people, and his wit and charm made him everyone’s “Mr. Buddy.” Buddy is predeceased by his parents James and Mary Harwell and granddaughter Kate Harwell. He is survived by his wife Mickie of Forest, MS; his children James “Jimbo” Harwell (Mary) of Jackson, MS, Roxanne Wyatt (Kevin) of Byram, MS, Megan Seyfarth (Chad) of Clinton, MS; his grandchildren Jack and Kaylee Harwell, Katelyn Foster (Josh) and John Wyatt, Josephine and Beatrice Seyfarth; and his sister Janie Fuchs (Richard) of Tallahassee, FL. Buddy will be honored at a private service. In lieu of flowers, the family kindly prefers donations to be made in Buddy’s memory to the Lakeshore Church Student Ministry.

James &#8220;Buddy&#8221; English Harwell passed away peacefully on Thursday, September 2, at his Raymond, MS, home with his wife, Mickie, by his side. He was 78 years of age. Buddy was born on June 23, 1943, to James Elmo Harwell and Mary... View Obituary & Service Information

The family of Mr. James English Harwell created this Life Tributes page to make it easy to share your memories.