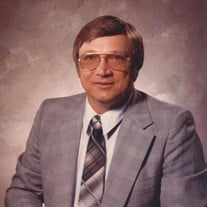 James D. Taylor, Sr., “J.D.” to those who knew and loved him, went home to be with his heavenly father on Wednesday, October 14, 2020. He was at home surrounded by his loving wife, Judy, and daughter, Cheryl. J.D. was born in Greenwood, MS on November 19, 1939. He was raised by his maternal grandparents, Vernon and Minnie Thomas in Jackson where he attended Jackson Public Schools. He enlisted in the U.S. Army where he served 2 tours in Germany. The majority of his military service was in Washington, D.C., where he was stationed at the Pentagon. He had the unique distinction of serving on the planning boards of President JFK’s inaugural parade and funeral procession. During his military service he was afforded the opportunity to complete his education and was awarded a degree in criminal justice. After 15 years of service, he was honorably discharged. Upon completion of his military service, he moved home to Jackson, MS. He joined the Jackson Police Department in 1964 and retired in 1988 after having achieved the rank of Lt. Commander of Precinct 4. In 1988, he was recruited and subsequently employed by the district attorney for Hinds and Yazoo counties to direct the new division, the “Worthless Check Unit”. He set up and served as Director of the unit until his retirement. J.D. was a member of First Baptist Church in Jackson. He loved and trusted his Lord and Savior. Although physically unable to attend in-house worship services, he did so by means of the television ministries. J.D. was an avid sportsman. He enjoyed hunting and fishing. He was a collector of rare firearms and knives. He was jovial and good-humored. A man of strong mind, honorable spirit and affectionate disposition, he was known to enjoy teasing his friends. Some may have misunderstood if they did not know him well. Yet, in spite of all, his jovial disposition and good humor saved him from unpopularity and rendered his death an occasion of mourning. J.D. is survived by his loving, devoted wife of 46 years, Judy Taylor; his daughter, Cheryl; his sister, Betty McDonald from Kyle, TX; numerous nieces and nephews. He was preceded in death by his parents, Mary Elmira Taylor Wallace and James H. Taylor; his step-father, Roy G. Wallace; his siblings, Patricia “Pat” Burkett and William “Bill” Taylor. A memorial service to honor our beloved one will be held November 19, 2020, on what would have been his 81st birthday, at 11:00 a.m. in the chapel at Chancellor Funeral Home in Florence, MS.

The family of Mr. James David "J.D." Taylor Sr. created this Life Tributes page to make it easy to share your memories.