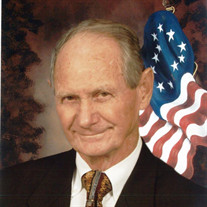 Jackie Duane Bourn, 86, left this world to be with his heavenly father during the evening hours of May 16, 2020. Jackie was born November 30, 1933 in Haynesville, LA where he was raised and graduated from Haynesville High School. Upon completing his undergraduate education as a Mechanical Engineer at Louisiana Tech University in Ruston, LA, he worked for Boeing Aircraft. Later, he put his education to use for the public good in Federal civil service working for the US Army Corps Engineers, Mississippi Valley Division at Vicksburg, MS. As he started his career with the Corps, Jackie also joined the Army during the Vietnam War, prepared to serve his country if called to go overseas. He served in many roles over the years, but the achievement he was most proud of was the conversion of the Dredge Jadwin from its original steam engines to diesel-electric propulsion. He was also involved in construction of the Corps’ Motor Vessel Lipscomb. In 1990, he retired after 35 years of Federal service. For a time, Jackie consulted for the Corps on maintenance programs for locks and dams. He enjoyed many other projects through his retirement years that included building homes through steel frame construction. He was known for his Christian service through Country Woods Baptist Church in Byram where he was a member and his former membership at Morrison Heights Baptist Church in Clinton. He and Janis were active supporters of a number of mission activities through the years. Jackie was preceded in death by his mother, Lucille Kilpatrick Bourn, his father, Jeptha Alanson Bourn, and twin brother, Jeppie Wayne Bourn. He is survived by his wife, Janis Bourn, of 61 years; daughter, Denise Bourn Jones, and her husband, Bobby Jones; grandsons, Trent and Parker Jones. Jackie has one surviving brother, Thomas Gene Bourn and wife, Pat and sister-in-law, Lorraine Bourn. He is survived by three nephews and two nieces. Due to the current pandemic, visitation, memorial, and graveside service will be limited to family only. Family will gather at Chancellor Funeral Home in Byram, MS. Graveside service will be at Tylertown City Cemetery in Tylertown, MS. The family thanks friends and relatives for the outpouring of sympathy and prayers as they grieve the loss of a truly remarkable Christian, husband, father, and grandfather who dedicated his life seeking and serving our Heavenly Father and showing compassion for others. Any memorials can be made to Countrywoods Baptist Church in Byram, Ms or food pantry ministry of your choice to help others in need.

Jackie Duane Bourn, 86, left this world to be with his heavenly father during the evening hours of May 16, 2020. Jackie was born November 30, 1933 in Haynesville, LA where he was raised and graduated from Haynesville High School. Upon completing... View Obituary & Service Information

The family of Mr. Jackie Duane Bourn created this Life Tributes page to make it easy to share your memories.

Jackie Duane Bourn, 86, left this world to be with his heavenly...