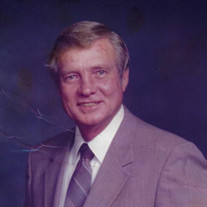 John Howard Buford went home to be with his Savior on Saturday, December 18, 2021. Visitation will be 5-8 pm Tuesday, December 21, 2021 at Chancellor Funeral Home in Byram and again Wednesday from 10-11 am at First Baptist Church of Terry with funeral at 11:00am. Howard Buford touched so many lives in his 86 years. Howard was loved and respected by everyone who met him. Being the youngest of 2 boys out of seven children, Howard learned hard work at a young age. Helping take care of his family instilled family values that would last a lifetime. Howard was a loving, caring, and compassionate brother, husband, father, grandfather, friend, and a mentor to many. Howard had a heart of gold. His family was the joy of his life. Howard was born in Kosciusko, MS and moved to Jackson, MS at a young age. He started his first job at the Clarion Ledger delivering papers at the age of 9 and had various jobs throughout high school. He graduated Central High School in 1954 where he enjoyed playing sports, serving in the ROTC, and later serving in the Army National Guard. In 1957, he married the love of his life, Joann McLendon. They were married for 49 wonderful years. Howard and Joann were blessed with three children. Howard was a devoted husband and a family man. He loved his children, grandchildren, and great-grandchildren. He spent quality time with each of his kids, teaching values, principles, and life-lessons and most of all, teaching by example. Howard was a very active member of the First Baptist Church of Terry. He loved his Church family. He served as a trustee and deacon and served on multiple committees for his Church. He was a former member of Woodville Heights Baptist Church. Howard’s brother, T.D Buford taught him everything he knew about the plumbing industry. Howard was the Owner and President of Buford Plumbing Company, Inc. He started the company in 1960 to provide for his family, but it became much more--it became his second Family. He provided a working atmosphere where he could teach men a trade and lessons of life. Many employees came to Buford Plumbing just for a job, but, little did they know, Howard would turn them into strong-backboned men that could provide for their families. Howard has served on numerous boards, including Hinds Jr. College, MS Board of Contractors, and the City of Jackson Mechanical Licensing Board for over 25 years. He has received the Boss of the Year award several times from NAWIC and received the MABC Construction Man of the Year in 2011. Most recently, he received the Kirk Fordice Man of the Year award. Howard was a selfless man. It made him happy to help others. He is well known in his community for his generosity and kindness. He not only helped with donations or monetary gifts, but he also gave his time. He has won countless awards for his good deeds, with the latest being the Special Contributions to Athletics Award from Mississippi College. He was preceded in death by his father, T.E. Buford and mother, Plummie Buford; his wife and mother of his three children, Joann Buford; sisters, Jane Johnson, Margie Atchison, and Marybelle Roberts; and brother, T.D. Buford. He is survived by his three children, Joey Buford, Johnny Buford and Jana Buford; godchild, Kim Reeves; sisters, Doris Dean and Sarah Allbritton; grandchildren, John Buford, Emily Buford (Chad), Thomas “Bo” Buford (Krystal), Landon Buford (Hannah), Austin Buford, and Presley Buford; 6 great grandchildren; and loving companion, Barbara Rainer.

John Howard Buford went home to be with his Savior on Saturday, December 18, 2021. Visitation will be 5-8 pm Tuesday, December 21, 2021 at Chancellor Funeral Home in Byram and again Wednesday from 10-11 am at First Baptist Church of Terry with... View Obituary & Service Information

The family of Mr. Howard Buford created this Life Tributes page to make it easy to share your memories.

John Howard Buford went home to be with his Savior on Saturday,...