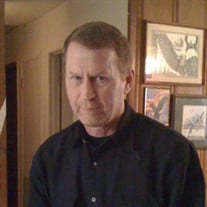 Harold Timothy “Tim” Brumfield, 60, went to be with the Lord on Wednesday, July 31, 2019 at his home in Jackson. Visitation will be 12noon until the 2pm funeral service on Friday, August 2, 2019 at Chancellor Funeral Home in Byram. Interment will follow at Terry Cemetery. Mr. Brumfield was born in Jackson, MS to the late Harold Wilmer Brumfield and Mildred Beard Brumfield. He was a lifelong resident of the Jackson area where he was a Data Base Administrator for Mississippi State Government. As an avid outdoorsman, his most fond memories included those of spending time with his father outdoors. He loved technology and video games, was easy going with a laid back personality and of the Baptist faith. He is survived by his wife Shelia Brumfield of Jackson; brother, Mark Brumfield of Tylertown; sisters, Angela (Rick) Tope of Chandler, AZ and Carolyn Brumfield of Clearwater, FL.
To order memorial trees or send flowers to the family in memory of Mr. Harold Timothy "Tim" Brumfield, please visit our flower store.